Watch out! Crashes caused by road debris a growing problem

A growing number of crashes are caused by debris in the roadway, according to a new AAA study.
Listen now to WTOP News WTOP.com | Alexa | Google Home | WTOP App | 103.5 FM

WASHINGTON — The surprise of seeing something unexpected in the road is a growing and dangerous problem for drivers.

More than 200,000 crashes in the past four years have involved debris on U.S. roadways — an increase of 40 percent since 2001, according to AAA.

The study shows more than 500 deaths between 2011 and 2014 are related to objects on roads that shouldn’t be there.

Nearly 37 percent of the fatal crashes involve a driver swerving to avoid debris, which is compounded by the fact that crashes are more likely to occur on interstate highways, where an overcorrection at high speed can be deadly.

About two-thirds of debris-related crashes are from items falling from a vehicle due to improper maintenance — including mufflers or tire tread — and from unsecured loads.

Jurek Grabowski, research director for the AAA Foundation for Traffic Safety, said all of the crashes could be avoided.

“Drivers can easily save lives and prevent injuries by securing their loads and taking other simple precautions to prevent items from falling off the vehicle,” Grabowski said.

Making sure items don’t fall off a car or truck is the driver’s responsibility, according to AAA.

Almost all states can impose fines ranging from $10 to $5,000, and at least 16 states, including Virginia, list jail as a possible punishment for offenders.

Keeping an eye down the road can help prevent crashes.

“Continually searching the road at least 12 to 15 seconds ahead can help drivers be prepared in the case of debris,” said William Van Tassel, manager of driver training programs for AAA.

“Always try to maintain open space on at least one side of your vehicle in case you need to steer around an object.” 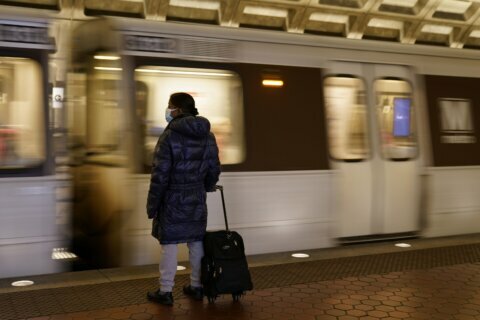