WASHINGTON — A federal judge ruled that a class-action lawsuit involving drivers who have accrued unpaid tolls, as well as tens of thousands of dollars in fines, due to a problem with E-ZPasses can proceed.

Transurban operates the 495 and 95 Express Lanes, which offer a quicker trip on the two interstates for those willing to pay a toll.

Law Enforcement Systems is a Wisconsin-based company that Transurban contracts to collect unpaid debts that are past due.

Faneuil Inc. is a company that Transurban and the Virginia Department of Transportation contracts to process violations and prepare for court cases against toll violators on the 495 Express Lanes, Dulles Toll Road and the 95 Express Lanes.

U.S. District Court Judge James C. Cacheris ruled that six claims against Transurban, LES and Faneuil can proceed forward, while two others will be summarily dismissed.

“The court held that Transurban was a state actor, or acting on behalf of the Commonwealth of Virginia, and that we can sue them under the Constitution of the United States and Virginia,” said James J. Pizzirusso, lead attorney for the class at Hausfeld LLP. “We can also bring claims against them for violations of the Virginia Consumer Protection Act and the Maryland Consumer Protection Act. We can also sue the collections agency for violation of the Fair Debt Collection Act.”

The issue is the Eighth Amendment’s ban on excessive fines: “We don’t think there will be any argument that it’s not a violation of the Eighth Amendment to charge somebody tens of thousands of dollars in fines for a five- or 10-dollar toll,” says Pizzirusso.

Transurban spokesman Mike McGurk said the company is “pleased” the judge dismissed two of the claims.

“We look forward to the next phase of this process where we can showcase the actual facts of our toll enforcement program,” McGurk says in a statement. “We are confident the process will demonstrate that Transurban’s enforcement policy ensures customers are informed, provides significant opportunities for customers to avoid escalating fees, and is far more lenient than what is prescribed by Virginia law.”

If the lawsuit proceeds to trial, it could affect thousands of drivers from Maryland, D.C. and Virginia.

“People who use the Express Lanes will want to be able to understand that there is a class action that is pending against Transurban,” Pizzirusso says. “We’re going to be seeking recoveries for anybody who has paid any money to Transurban, as a result of a notice or being sent to court for unpaid tolls.”

Transurban argued that it is a private company and therefore not subject to the Eighth Amendment.

But Cacheris ruled that, for now, the allegation can move forward because there is a basis to argue that Transurban acts on behalf of the Commonwealth of Virginia.

Transurban says it’s implemented a robust First-Time Forgiveness program that has helped more than 24,000 drivers in the past year. Transurban also caps the amount it seeks from the court to $2,200 plus court costs under the program. Transurban also adds that 96 percent of the trips on the 495 and 95 express lanes are paid in full on the road with an E-ZPass.

Pizzirusso counters that the program is a great idea, but it is also a voluntary idea that Transurban can rescind at any time without consequence.

“It’s very rare in any class action for all the claims to be dismissed,” McGurk says. “While the other claims were allowed to move forward, it’s critical to remember that at this stage, the judge is forced to assume the plaintiffs’ account is true until the facts shake out.”

“In the next stage,” McGurk says, “we’ll be able to provide evidence of what actually happened in some of these customers’ cases and detail our unpaid toll notification process as well.”

The lawsuit now moves into the discovery phase for the next three months. In February, the U.S. District Court will rule whether to certify the drivers suing as a “class” with a legitimate claim to sue. If the court allows the case to proceed to trial, then it could be heard in March or April. 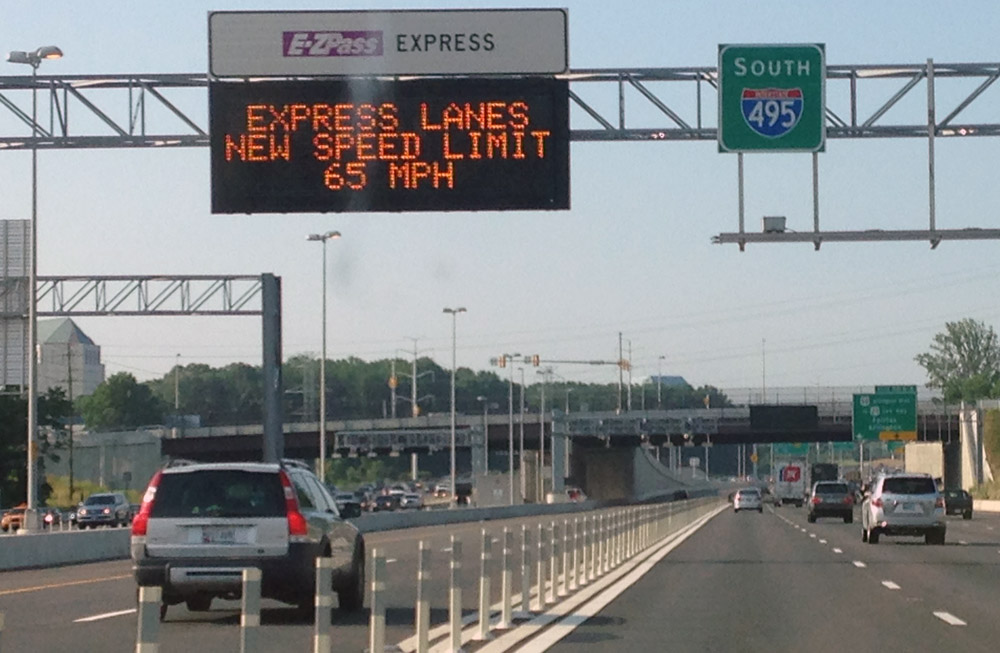