CORONAVIRUS NEWS: Latest COVID-19 numbers in DC, MD, VA | Staff not required to be tested before Mount Rushmore event | How to travel during the pandemic
Home » Transportation News » VDOT caught off-guard by…

WASHINGTON — After drivers questioned why highways in Northern Virginia didn’t seem as though they had been pre-treated enough for…
Listen now to WTOP News WTOP.com | Alexa | Google Home | WTOP App | 103.5 FM

WASHINGTON — After drivers questioned why highways in Northern Virginia didn’t seem as though they had been pre-treated enough for the clipper that blew through the region Tuesday, the Virginia Department of Transportation admits it was caught off-guard by the changing forecast.

“The forecast that we had until about 3 a.m. yesterday was for 1 to 2 inches of a ‘nuisance’ snow,” says Joan Morris, spokeswoman for VDOT.

Because the forecast was for so little snow, VDOT did not pre-treat some areas of Northern Virginia ahead of the morning snow storm. VDOT deployed about 500 trucks to only salt major commuter routes.

As the snow started piling up, VDOT was caught off guard.

“The forecast changed. When it changes that late in the game before rush hour, there’s not much we can do,” she says.

“(A difference of an) inch in cold weather with the cold temperatures where everything can turn to ice is huge,” Morris says.

VDOT’s salt solution is only good for about 45 minutes in falling snow and once the agency realized the accumulations would be higher, the morning rush hour had already started and it was difficult to get ahead.

“We quickly increased the number of trucks, particularly in Loudoun County. In a couple of hours, we had about 850 trucks working,” she says.

For a big storm, Morris says VDOT is well prepared, with more than 4,000 pieces of equipment available and a budget of $52 million this year.

“Things didn’t change a whole lot. Monday afternoon we were expecting 1 to 2 inches of snowfall across the Washington metro area, coincident with rush hour and coincident with cold temperatures … Most of the metro area saw about 3 inches,” Strong says.

Morris does praise meteorologists because the accuracy of forecasts has improved greatly over the years.

“The forecasts we have are incredible. So we learn from every storm … If we had to do it all over again, we would have had more pre-treating, more equipment ready to go, and we would have been screaming from the rooftops, ‘Everybody stay home. Please wait until the end of rush hour.'” 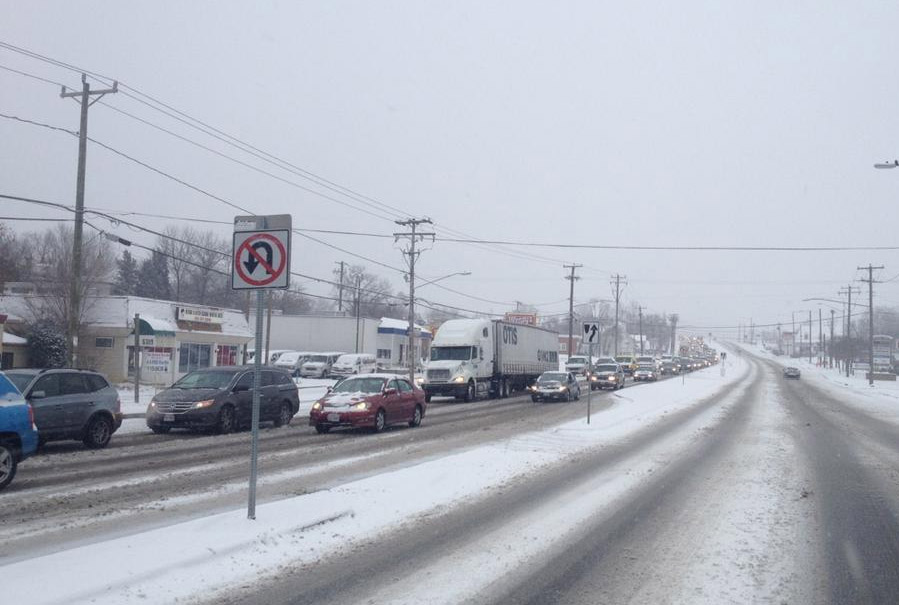 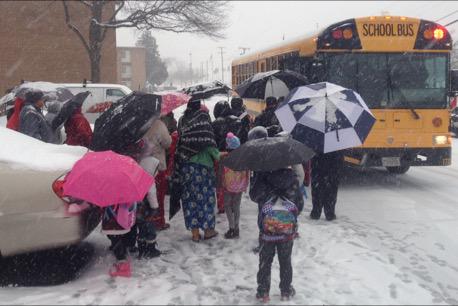 3 Anne Arundel teens injured while trying to get to school