WASHINGTON – Federal investigators say that power was not cut to the energized third rail for 45 minutes as an…
Listen now to WTOP News WTOP.com | Alexa | Google Home | WTOP App | 103.5 FM

WASHINGTON – Federal investigators say that power was not cut to the energized third rail for 45 minutes as an electrical problem released heavy smoke into a Metro train and station Monday sickening dozens and killing one rider.

The National Transportation Safety Board released its initial findings Friday.

Investigators found evidence of severe electrical arcing, which damaged the rail and electrical cables about 1,000 feet in front of the Yellow Line train that stopped south of the L’Enfant Plaza Station.

A breaker tripped along that section of track at 3:06 p.m., however a second breaker at the other end of the section didn’t trip and power continued to flow to that rail until the power was shut off at 3:50 p.m.

Photos taken by the NTSB show severe charring, bent metal and a yellow powdered coating at the site of the arcing.

Officials have said previously that the fire department’s response to rescue the passengers stuck on that smoke-filled train was delayed because the power to the third rail hadn’t been turned off.

According to the District’s timeline of events released Thursday, Metro’s first call to emergency dispatch didn’t come in until 3:22 p.m.

The report says that another train pulled into the station at 3:25 p.m. and also encountered the heavy smoke. People poured out of the station coughing, struggling to breath and many had soot under their noses as the busy downtown station was evacuated.

Carol Glover, 61 of Alexandria was killed by the smoke and more than 80 people were taken to local hospitals.

As the NTSB, which has offices at L’Enfant Plaza, continues its review, investigators will be looking at maintenance and repair records related to the exhaust fans, the track, signal and power inspections plus employee training records. 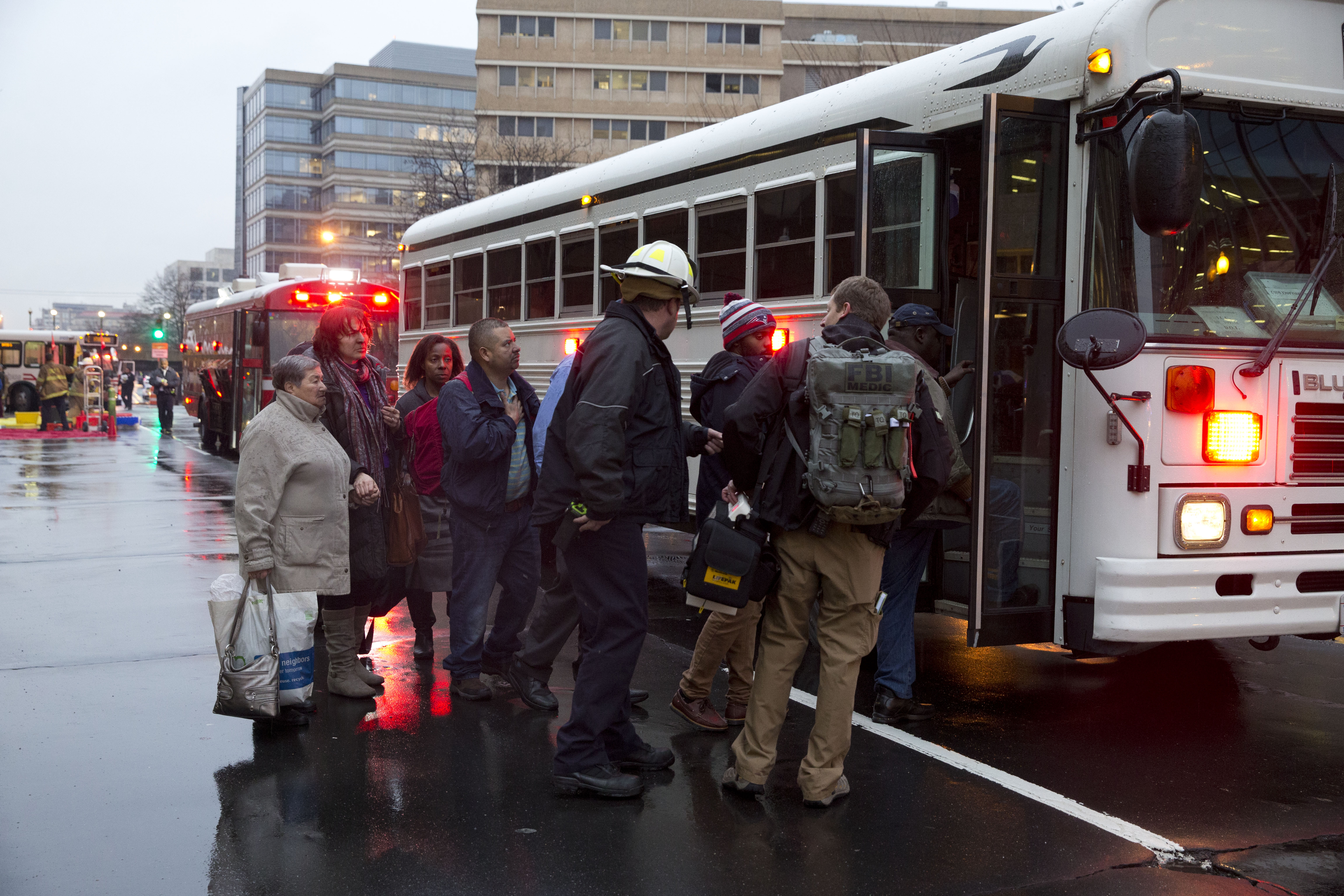