D.C.’s police chief said the people involved in Thursday morning’s deadly shooting at the Days Inn by Wyndham in Northwest are cooperating with investigators, and detectives hope to close the case quickly.

One woman died in the 4 a.m. shooting at the Connecticut Avenue hotel, and four others were shot.

“We hope to bring this case to closure very soon,” Chief Robert J. Contee during a news conference Thursday.

“We think that we have many of the people who were there, who were present at the time of the shooting,” Contee said. “We have people who are certainly cooperating, and we’re just trying to get to the bottom of it.”

Initially, police said four of the victims, including the person who died, were women.

But during the briefing, Contee said two of the five people were men who showed up at area hospitals “seeking treatment for gunshot wounds.”

The identity of the woman who died has not been confirmed, Contee said.

Contee said the shooting was contained to one hotel room and the victims knew each other.

“It’s hard to say right now exactly what led up to this. We know that there was a gathering of some individuals or some people inside of one of the rooms,” Contee said, adding that the people may have been from Maryland.

He said that what happened may have some domestic overtones and that the individuals “all kind of knew each other,” Contee said. At least one handgun has been recovered, he said.

Wyndham Hotels & Resorts released the following statement about the incident:

We’re deeply saddened by this incident and our thoughts and prayers are with the victims and their families during this difficult time. As this hotel is independently owned and operated, we’re unable to comment further and ask that all questions be directed to the appropriate investigating authorities.”

The hotel said any related questions should be directed to D.C. police.

The hotel is one the city has used to quarantine people with COVID-19. Contee said the shooting case did not involve anyone receiving those city services.

Connecticut Avenue, which had been closed in both directions at Albemarle Street, has reopened.

City officials held a town-hall type gathering Thursday afternoon and heard from residents in the area, some of whom asked about the nuisance law and some who brought up the incidents of crime in the area.

“I know that Chief Contee and his team are going to make sure that this corridor has, indeed, has the resources that it needs,” D.C. Mayor Muriel Bowser said. 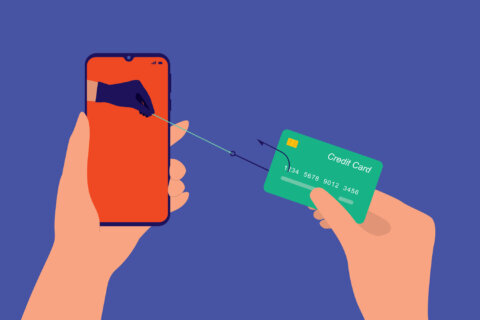