Two Virginia men have been charged in connection to two robberies at 7-Eleven stores in Northern Virginia. Police believe the suspects may be responsible for other robberies in the region.
Listen now to WTOP News WTOP.com | Alexa | Google Home | WTOP App | 103.5 FM

Two Virginia men have been charged in connection to two robberies at 7-Eleven stores in Northern Virginia. Police believe the suspects may be responsible for other robberies in the region.

In a statement Wednesday, Fairfax County police said Kelly Smith, 25, of Chantilly, Virginia, and Terrell Tapscott, 29, of Gainesville, Virginia, have been separately arrested and charged for robbing at least two 7-Eleven stores in Fairfax County in early December.

Police say they believe both men were involved with other robberies in nearby jurisdictions.

Fairfax police say they began investigating the series of robberies on Dec. 6, after a man entered the 7-Eleven at 9511 Blake Lane in Fairfax, walked behind the counter, demanded the clerk open the register, then fled with store property.

The second robbery occurred Dec. 11 at the 7-Eleven at 8110 Old Dominion Drive in McLean. During this incident, police said two men entered the business, implied they were carrying a weapon and took property before fleeing the scene.

Forensic evidence from one of the crime scenes led police to arrest Smith on Dec. 13. Additional evidence and interviews led Virginia State Police to arrest Tapscott on Christmas Day.

Police say they are trying to collect evidence linking Kelly and Tapscott to other robberies in Northern Virginia. Anyone with information is asked to call 703-246-7800. Anonymous tips can be submitted through Crime Solvers by phone — 1-866-411-TIPS (866-411-8477). 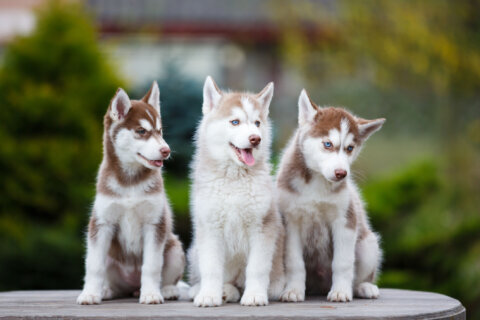