The first shooting happened around 7:30 p.m. Monday in the 2300 block of Whitehall Street in Suitland, police said.

Responding officers found Marceese Norman, 30, of District Heights, inside of a car suffering from multiple gunshot wounds. She was pronounced dead at the scene.

Police said detectives do not believe it was a random crime.

A second shooting took place later Monday night in Glenarden around 9:10 p.m. in the 7900 block of Glenarden Parkway.

In that shooting, responding officers found a man outside his home who had been shot. Anthony Lamont Frost, 31, of D.C., was pronounced dead at the scene.

A third shooting happened Tuesday morning in the 2300 block of Penbrook Circle in Landover.

Police said officers responded around 10 a.m. and found a man suffering gunshots wounds in the roadway. He was pronounced dead at the scene and has not yet been identified.

Police are working to determine suspects and motives in all three fatal shootings.

Anyone with information is asked to call 301-516-2512. Callers wishing to remain anonymous may call Crime Solvers at 1-866-411-TIPS(8477), or go online at https://www.pgcrimesolvers.com or use the “P3 Tips” mobile app (search “P3 Tips” in the Apple Store or Google Play to download the app onto your mobile device).

A case number for the Landover shooting has not been made public yet. 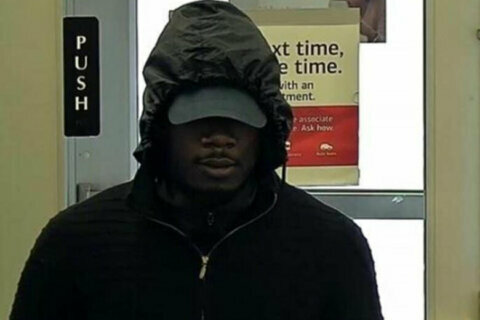