According to authorities, the suspects assaulted a man Tuesday in the 4600 block of Fairfax Drive and stole his Honda Civic around 2:30 p.m.

He was taken to the hospital with serious but non life-threatening injuries.

About 3 1/2 hours later, Arlington police responded to a report of a hit-and-run crash at Potomac Avenue and South Glebe Road, where the suspects allegedly rear-ended another victim at a red light.

When she pulled over to assess the damage, police said suspect driving the Civic “began performing doughnuts in the roadway before driving back towards the victim and parking in front of her vehicle.”

The four got out of the stolen car, surrounded the woman, hit her in the head and stole her car, while also taking off with the first stolen vehicle.

The BMW was found after the it crashed and the suspects fled.

Fairfax County police ended up in a chase with the Civic and took the suspects into custody.

Destiny Morris, 18, of Annandale; Denali Goodridge, 18, of D.C.; Treshawn Taylor, 18, of Alexandria; and Ayinde Mason, 18, of D.C. have been charged with carjacking. 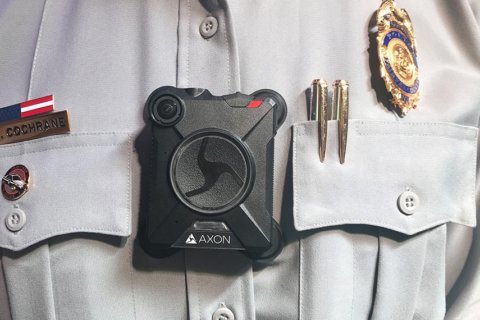