Does the US response to HIV/AIDS hold lessons for overcoming COVID-19?

When it comes to figuring out the best way to handle COVID-19, the way the nation handled the HIV/AIDS crisis from 40 years ago could provide a good starting point.
Listen now to WTOP News WTOP.com | Alexa | Google Home | WTOP App | 103.5 FM

When it comes to figuring out the best way to handle COVID-19, the way the nation handled the HIV/AIDS crisis from 40 years ago could provide a good starting point.

Richard Sorian is intimately familiar with the topic. The senior vice president of communications for 340B Health, a group of public and private nonprofit hospitals and health systems, lost his brother to HIV in the mid-1990s. Sorian reflected on his brother’s death in a recent article in Health Affairs about how we can wrangle the virus to a manageable level.

“Most people have the impulse to say, ‘I want to do something to protect myself [and] protect my family,'” Sorian told WTOP. “We’ve gotten a little bit better in some ways, but in other ways, we’re just doing the same thing in a different era.”

Sorian said the government wasn’t able to speak with a clear and consistent voice about what was going on, particularly at the beginning of the COVID pandemic. Even today, he said, people are confused because they’re hearing messages from different places, and there’s little consistency among them.

He suggests a three-step process to help tamp down the virus:

People found him trustworthy because he was a physician, although some of his actions — such as mailing AIDS information to every U.S. household and advocating for condom use to stop transmission of the disease — were not welcomed by everyone at the time.

Sorian pointed out that the gay community set up prevention programs and began talking about using condoms way before the government did. Still, when Koop did speak, people listened.

With so many voices in our public discourse now, especially over social media, Sorian said, it’s harder to determine what information is relevant.

More voices has also meant more criticism directed at scientists and physicians throughout the pandemic, which Sorian said has damaged medical professionals’ ability to communicate and public trust.

The country had to normalize talking about gay sex in order to address the AIDS epidemic, and Sorian said overcoming these challenges surrounding COVID is important to prevent further loss.

“We don’t forget the people — the people who we lost — and a whole generation of people was affected deeply by the AIDS pandemic,” Sorian said. “Let’s not forget that this involves individuals having these losses, and leaving that hole … in your life that that lasts a long time.” 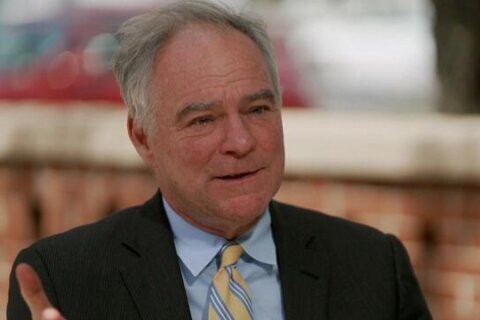