"Unfortunately, just because you may be eligible does not mean that a vaccine or an appointment for a vaccine is currently available to you," Gov. Hogan said.
Listen now to WTOP News WTOP.com | Alexa | Google Home | WTOP App | 103.5 FM

Maryland Gov. Larry Hogan expressed his frustrations at the incoming supply of COVID-19 vaccine doses as many Marylanders have shared their frustrations with trying to secure a shot since becoming eligible.

Around 2 million residents are currently eligible for a vaccine under Maryland’s phased rollout, but Hogan said during a briefing Thursday that only around 11,000 doses are allocated to the state each day.

So far, the state has administered just under 800,000 doses to residents, but Hogan said the demand still far outweighs the incoming supply.

Some residents have reported struggling to secure an appointment for a vaccine. Hogan said those issues are likely to continue.

“Federal guidelines and state policies currently make around 2 million Marylanders eligible for vaccines — the state currently receives around 11,000 doses per day. Unfortunately, just because you may be eligible does not mean that a vaccine or an appointment for a vaccine is currently available to you,” Hogan said. “We’ve been told by the federal government that this problem will continue to exist for the foreseeable future.”

Emphasizing his words by hitting his hand against the speaking podium, Hogan expressed his frustrations with the shortage, saying, “We need more damn vaccines.”

Hogan said he would be willing to drain the state’s “rainy day fund” to buy more vaccines, but only the federal government is currently allowed to purchase and allocate doses.

“We have built an infrastructure that is able to administer anywhere from 50,000 to 100,000 shots per day as soon as they’re made by the manufacturers and allocated to us by the federal government,” Hogan said.

Right now, Maryland is administering over 26,000 doses per day at over 2,000 distribution sites.

Hogan said he has a meeting with President Joe Biden on Friday, which is when he will ask for an increase in the number of vaccine doses going to states.

Some county health departments, including Montgomery County, have asked for better projections as to how many vaccine doses they will be allocated in a given week.

Hogan said the Centers for Disease Control and Prevention has agreed to give two-week projections to state health officials, and he has directed state officials to go further than that when coordinating with county health departments.

The governor has directed state health officials to give four-week projections so that counties can better allocate their resources.

“Up until now, state health officials have had to wait until Thursday, Friday — sometimes even Saturday night — of each week to know what we could allocate to anyone for the following week,” Hogan said. “I have now directed the Maryland Department of Health to provide county officials with four-week allocation projections so that they can plan ahead and can open up more appointments for their clinics.”

One of the largest hurdles the state is facing, according to Hogan, is a reluctance on the part of some minority communities to get vaccinated. Many of these communities have experienced a history of mistreatment and unethical experimentation at the hands of the U.S. medical establishment.

Hogan said the state would be hiring “equity officers” to act as liaisons to underserved communities that are reluctant to get vaccinated to help convince them that doing so would be safe.

As the state’s health metrics improve, Hogan said the Maryland Department of Health will soon allow for some visitations in hospitals and limited indoor visits in nursing homes that have proper testing protocols in place.

On the front of Maryland public schools, Hogan said that 22 of the state’s 24 school jurisdictions have either returned to some form of in-person learning or have a plan in place to return to classrooms by March 1.

He said the state will make 1 million COVID-19 tests and “unlimited” personal protective equipment available to school districts as they go through the process of bringing students back into buildings. 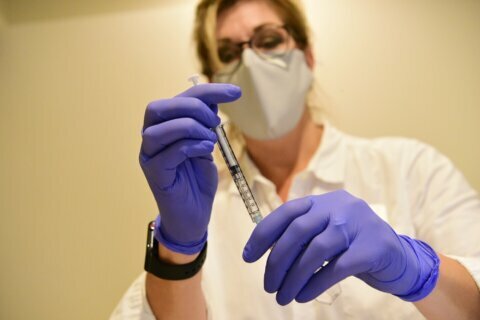 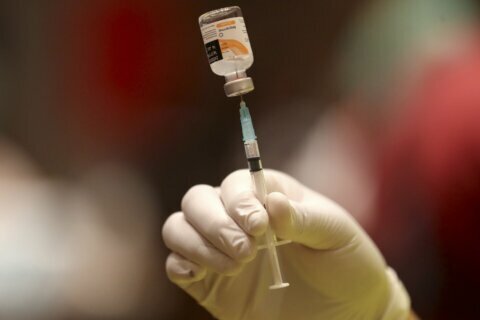