DC emergency order to be extended; uptick in coronavirus infections

As parents await information on what their children will face for the new school year, Mayor Muriel Bowser said Wednesday that she will extend D.C.’s state of emergency order.

“We will extend it and we will likely extend through what the [D.C.] Council has already authorized. And that’s through October,” Bowser said.

She noted that it hasn’t been determined yet if the extension will include adjustments to the rules of the order.

The current state of emergency order is set to expire July 24.

More information on the upcoming school year is expected Thursday.

Ahead of the schools announcement, Bowser urged that residents be “vigilant” as D.C. reported three new deaths and 80 new cases — the biggest single-day case increase since early June.

“The virus is still in our community; it’s still circulating. And we have to be very vigilant in wearing masks and practicing social distancing and washing our hands and being judicious about the activities that we participate in,” Bowser said.

She added that there was good news in the coronavirus health metrics, including near-record testing and the positivity rate for the District.

“We also have to say … that we had a near-record number of testing last week, so over 8,000 people tested, I think, is the second-highest week that we’ve had,” Bowser said. “So we’ve been testing, our positivity rate continues to be low, below 3%.”

Wednesday is tax day for D.C. residents. And Bowser said it was a day to focus on the District’s fight for statehood.

“And, of course, for Washingtonians, tax day is yet another reminder of our being taxed without being represented,” she said, proclaiming the day as “the official End Taxation Without Representation Day in Washington, D.C.”

She also made a plea for the city’s populace to fill out the 2020 census, which directly affects how much money D.C. gets from the federal government.

Bowser said the U.S. Census Bureau will send people out to knock on doors of residents who have not completed the census in August.

Three D.C. residents lost their lives to the virus, for a total of 571.

Below are maps of coronavirus cases by ward, neighborhood and community spread (click to enlarge). 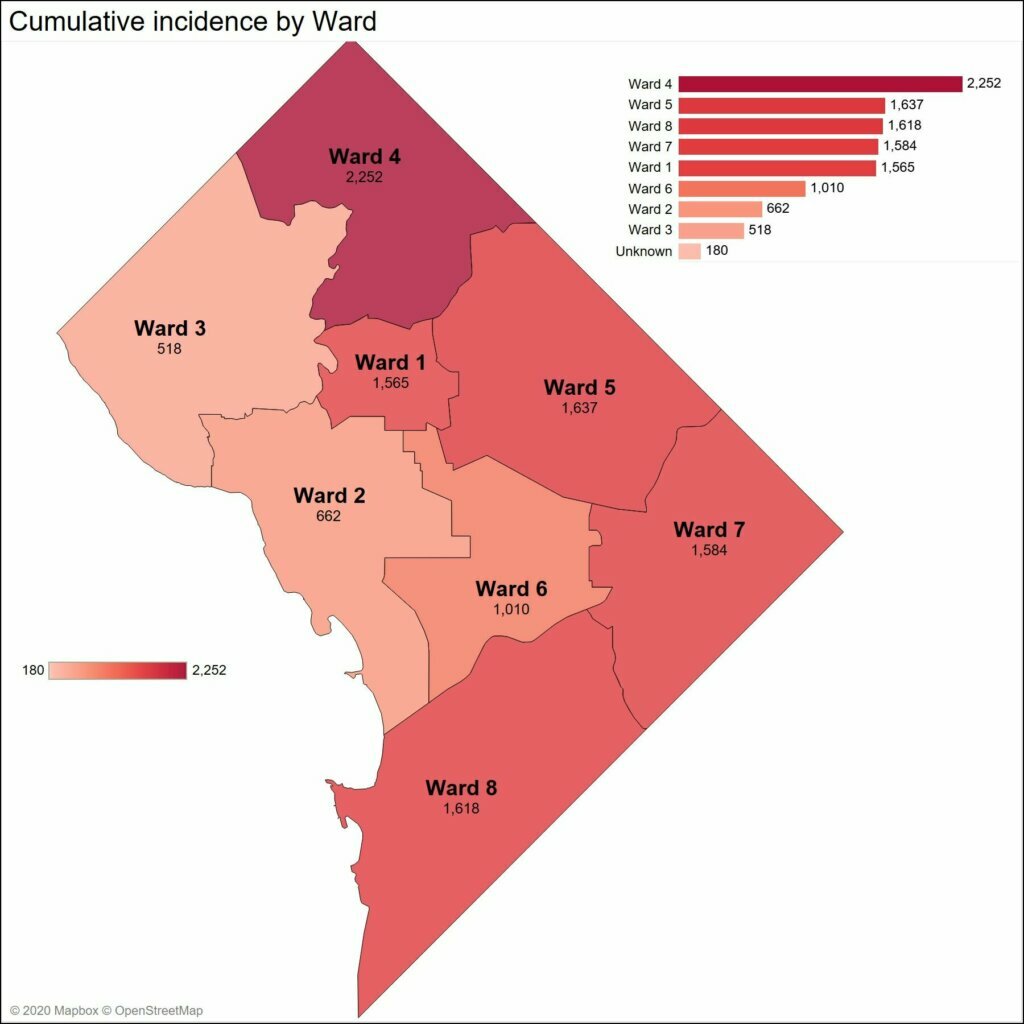 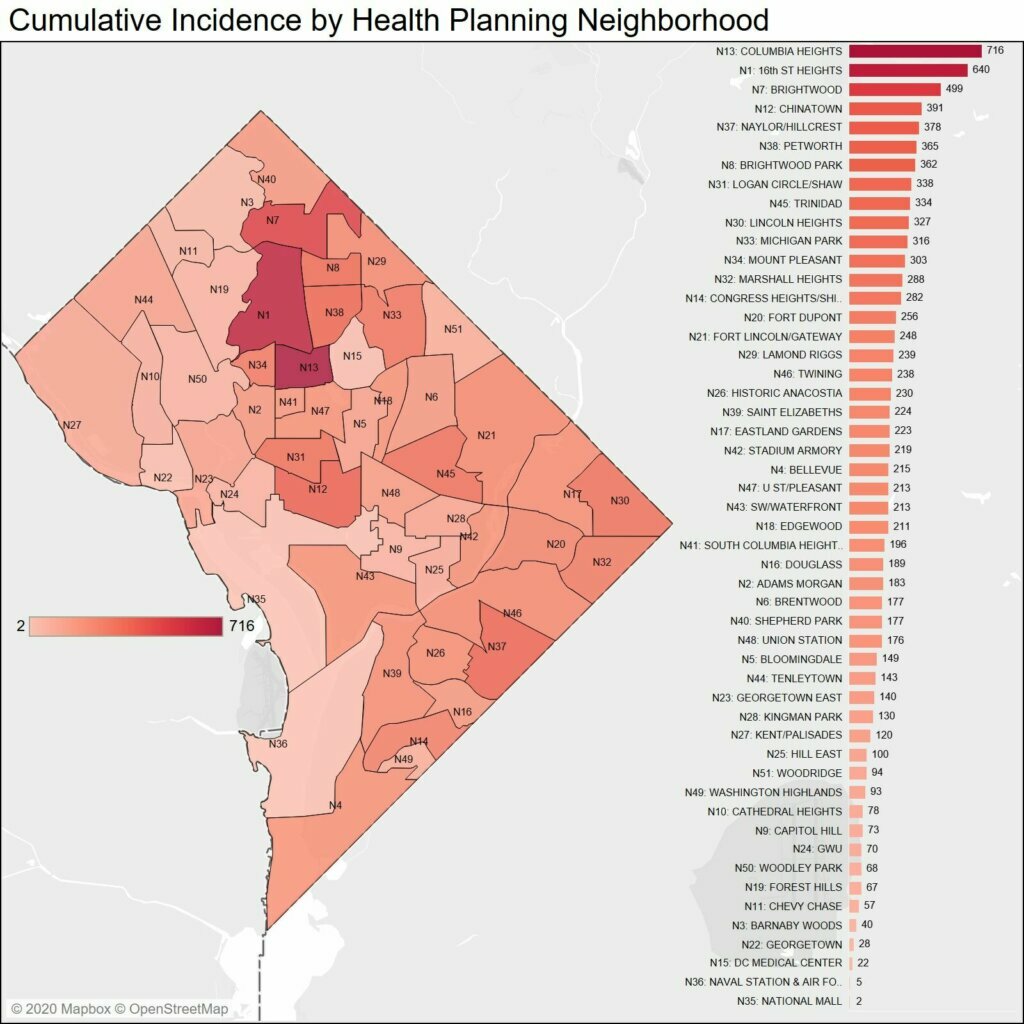 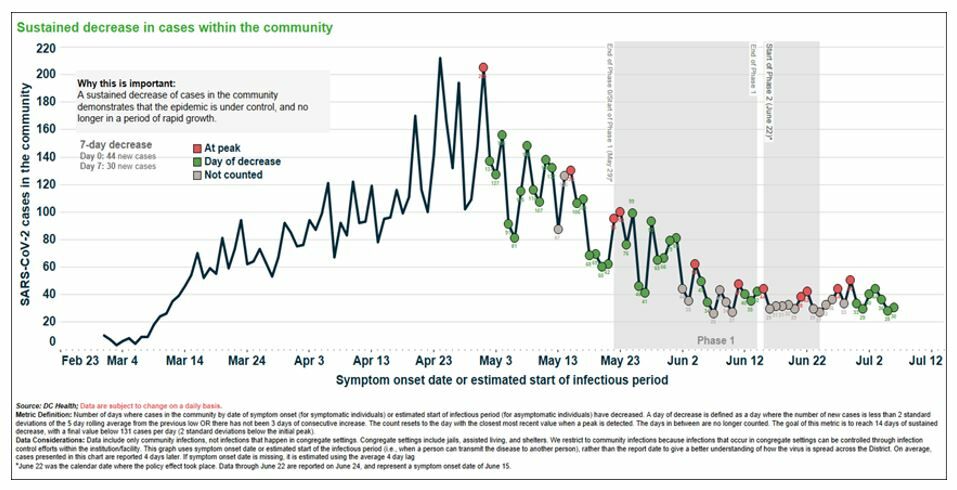