COLORADO SPRINGS, Colo. (AP) — Reese Congleton grew up in Colorado Springs feeling as if she had to keep her queer identity quiet, and because she hadn’t come out to many people, she was nervous to go to Club Q for the first time.

But on Monday she recalled how the rainbow lights bounced around the room and the lively crowd shared her excitement. Congleton, 19, said she went from feeling like she had been merely tolerated in public to “being celebrated. … It’s really special not to feel alone.”

In the mostly conservative city of Colorado Springs, Club Q has long been a go-to spot for members of the LGBTQ community — a safe space where many felt they could let down their guard and just be themselves. It’s a place where LGBTQ teenagers can’t wait to be old enough to enter. It’s one of the first spots new LGBTQ residents are sent to meet others in the community and feel a sense of belonging.

But that sense of safety was shattered this weekend when a gunman entered the club as people were drinking and dancing — killing five people and leaving 17 with gunshot wounds. As the community mourned the lives lost, many were also grieving because it happened at a place that’s seen as a sanctuary for many longing to fit in.

“We weren’t out harming anyone. We were in our space, our community, our home, enjoying ourselves like everybody else does,” said Joshua Thurman, who was on the dance floor when the shooting started. “How can we now do anything knowing something like this can happen?”

An 18-and-up gay and lesbian nightclub, Club Q features dancing, drag shows, karaoke and drag bingo, according to its website. Its Facebook page boasts “Nobody Parties like Club Q!,” and posts flyers for a Halloween party, a shots party, as well as trivia. Some described it as a cozy, welcoming place that drew those who wanted to sit down for a meal and relax, as well as those who wanted to dance into the morning hours.

The club’s doors remained closed after the shooting, as many people left flowers at a growing memorial nearby.

Stoney Roberts, the southern Colorado field organizer for One Colorado, an LGBTQ advocacy group, described it as a sacred space and said the shooting felt like a “desecration.”

Roberts, who identifies as a nonbinary trans person, graduated from high school in 2007 and couldn’t wait to be old enough to go to Club Q, which, Roberts said, back then was one of the only safe spaces in Colorado Springs for LGBTQ people.

“I came of age there,” said Roberts, who performed in Club Q’s drag shows from 2009 through 2011. “If it were not for Club Q, if it were not for the experiences I had there, I would not be the person I am.”

A sense of home for members of the LGBTQ community is what Matthew Haynes, one of the club’s co-founders, hoped to create when he started the club two decades ago.

“There have been so many happy stories from Club Q,” Haynes told The Colorado Sun. “People meeting and relationships being born. So many celebrations there. We’re a family of people more than a place to have a drink and dance and leave.”

Colorado’s laws are now among the country’s friendliest to LGBTQ people, though it wasn’t always that way, and Colorado Springs was particularly unwelcoming.

The city of 480,000 located 70 miles (110 kilometers) south of Denver has long held a prominent place for the American evangelical Christian movement. Focus on the Family, a conservative Christian ministry that lobbied for years against LGBTQ rights, has its headquarters there.

After the attack, Focus on the Family president Jim Daly said in a statement that the shooting “exposes the evil and wickedness inside the human heart. We must condemn in the strongest terms possible the taking of innocent life.”

After the shooting, Colorado Springs Police Chief Adrian Vasquez said in a statement that Club Q is a safe haven for LGBTQ people, and “every citizen has the right to be safe and secure in our city; to go about our beautiful city without fear of being harmed or treated poorly.”

Congleton and Ashlyn May, 18, said growing up in Colorado Springs they often felt they had to keep their true selves hidden. May recalled being looked at with disgust when, in a middle school class, she proposed that Queen’s song “I Want to Break Free” was about exploring coming out as gay.

But Club Q gave them a place to be themselves. May regularly attends bingo on Wednesday evenings, where a drag queen’s compliment about an outfit tore away their insecurities. “Yes, I am hot!” said May, who was excited to bring their queer younger sister to Club Q for bingo this week to show her “it’s okay to be queer, and it’s okay to love who you love.”

Justin Godwin, 24, and his friend visited Club Q for the first time Saturday and left in an Uber just minutes before the shooting. He said he’s been thinking of all the people who were dancing, sitting at the bar and enjoying the night.

“They’re all there for different reasons, whether they’re regulars, their first time, they’re celebrating something. It’s just supposed to be a fun environment where we feel safe, where people aren’t judging you, giving you looks or anything,” Godwin said. “You’re just being yourself, like no matter how you look, like everyone just feels welcome.”

“It’s just crazy to think someone had the intentions to go in there and just do any harm to anybody,” he said. “It’s just sad for people who find a home somewhere and it gets ruined.”

Korrie Bovee, who identifies as queer, said Club Q has been the cornerstone of a community of like-minded people who have each others’ backs, in a city where verbal harassment is not uncommon and freedom to be oneself is not always found in schools or churches.

“My kids live here,” the 33-year-old said, wiping a tear from her eye. “It’s just hard to know I’m raising my kids in this context.”

Roberts said that as a Black queer person, most places in Colorado Springs seem welcoming, but there is always that “underlying nuance of realizing where you are.”

At Club Q: “You can take a deep breath and you can be your authentic self.” 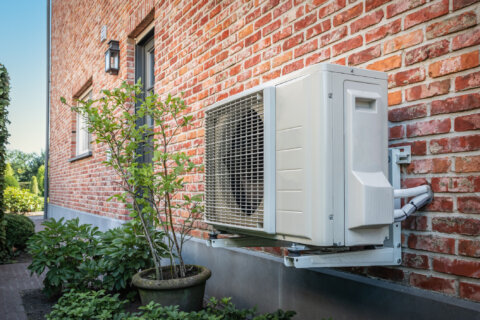