The Dearborn, Michigan, automaker said Wednesday it made $667 million from April through June, compared with $561 million a year earlier.

The company stuck with its full-year outlook for pretax earnings of $11.5 billion to $12.5 billion and it still expects 10% to 15% growth in vehicle sales to dealers for the full year. It also boosted its dividend from 10 cents per share to 15 cents per share starting in the third quarter, the level it was before the pandemic.

But Chief Financial Officer John Lawler said the automaker is modeling several scenarios in case the economy slips into a recession. He says Ford is better prepared for a downturn than in the past thanks to lower expenses and a stronger model lineup.

It’s also in the midst of a major transformation of the business that will include white-collar job cuts. CEO Jim Farley told analysts Wednesday that the company is too complex and its costs aren’t competitive. It also has too many employees in some areas.

“We have skills that don’t work anymore,” he said. “We have jobs that need to change.”

The company, he said has too many versions of its internal-combustion vehicles. It plans to create more models off the same electric vehicle underpinnings, spending capital on areas that affect customers such as software, digital displays and automated driving systems, Farley said.

Areas that will see cuts will be decided by examinations of work flows, Farley said.

Ford has realigned itself into three business units, one for electric vehicles, another for commercial vehicles and another for internal-combustion vehicles.

Lawler said the company’s factories are still slowed by the global shortage of computer chips, which he expects to improve in the fourth quarter.

“Given the constraints that we have, demand is still higher than we can supply,” he said.

Ford also is experiencing higher raw materials costs and general inflation, which Lawler expects to ease in the second half.

The company is planning for macroeconomic problems, with the next issue being energy shortages in Europe due to Russia limiting natural gas supplies. Ford, he said, has 550 parts-supply companies in high risk areas of Europe, with 130 sending parts to North America.

“I think we’re well prepared for the things we can predict, but it’s always a new day,” he said.

From April through June, adjusted earnings per share were 68 cents, beating Wall Street estimates of 45 cents, according to FactSet. Revenue was $40.19 billion, also beating analyst estimates of $36.87 billion.

Sales in the U.S., Ford’s most profitable market, rose just under 2% for the quarter. That boosted profits when coupled with strong demand and high prices for trucks and SUVs.

Lawler said Ford’s sale prices rose about 6% last quarter from the prior year, and the company is not seeing any falloff in consumer demand. With average U.S. vehicle selling prices around $45,000, Lawler said there could be some moderation in prices during the second half of the year. 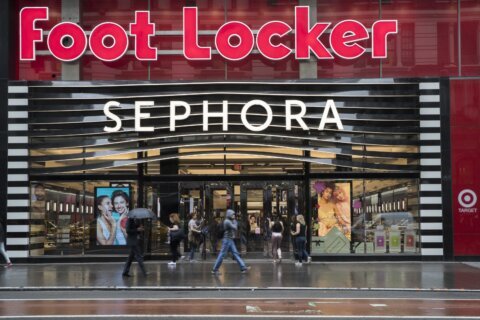