LPGA returns to Cincinnati in 1st deal for new commissioner

The LPGA Tour is returning to Cincinnati for the first time in more than 30 years with the first new…
Listen now to WTOP News WTOP.com | Alexa | Google Home | WTOP App | 103.5 FM

The LPGA Tour is returning to Cincinnati for the first time in more than 30 years with the first new tournament announced since Mollie Marcoux Samaan took over as commissioner.

The Kroger Queen City Championship is scheduled for Sept. 8-11 in 2022 at Kenwood Country Club with a $1.75 million purse.

The tournament pulls together ample corporate support with two Cincinnati-based companies in Kroger and Proctor & Gamble Co., the presenting sponsor. The week will include multiple workshops for female business leaders to develop networks, which will be hosted by Kroger, P&G and the LPGA Tour.

The LPGA Championship was held from 1978 through 1989 just north of Cincinnati at Kings Island, where Nancy Lopez won three times. The LPGA’s developmental circuit, the Symetra Tour, staged an event in the area for 15 years.

“Cincinnati has a long connection to the LPGA and its players,” Marcoux Samaan said. “We know this tournament will be a favorite stop on tour and serve as an important example of the power of sports to inspire leaders and build community.”

Marcoux Samaan was hired to replace Mike Whan, now the CEO of the U.S. Golf Association whose career began at P&G. Debbie Majoras, the chief legal officer for P&G, serves on the USGA executive committee.

Stuart Aitken, the chief merchant and marketing officer at Kroger, said he was inspired by the collaboration between the two Cincinnati companies and the LPGA Tour “to further their mission of empowering girls and women on and off the golf course.”

The rest of the LPGA Tour’s schedule typically is announced at the end of the year.

The Kroger Queen City Championship, which will be managed by Excel Sports Management, starts off with a three-year deal.

The announcement came a day after the Solheim Cup in Ohio.

The next Solheim Cup is scheduled for 2023 in the third week of September in Spain, and then the matches between the U.S. and Europe will go to even-numbered years starting in 2024 so they are not the same year as the Ryder Cup. The 2024 site has not been announced. 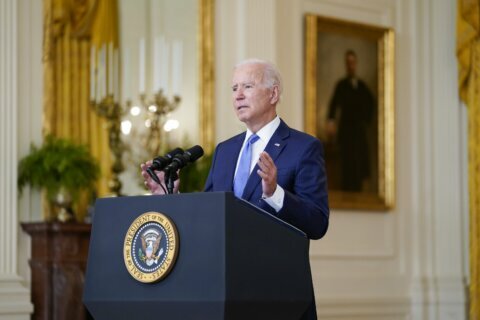 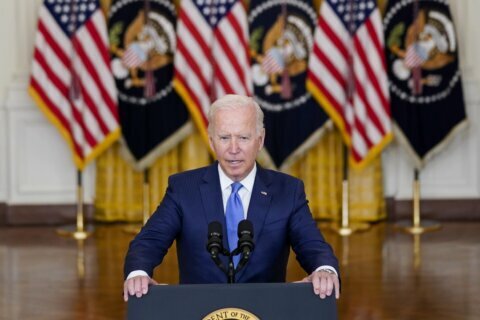