SIOUX FALLS, S.D. (AP) — In a sign of meatpacking workers becoming emboldened by the pandemic’s health threats and economic repercussions, the union at a South Dakota pork processing plant that experienced a bad coronavirus outbreak last year has overwhelmingly rejected a contract offer from Smithfield Foods and will next move to bring the prospect of a strike to the negotiating table.

The Sioux Falls chapter of the United Food and Commercial Workers Union said 99% of union members who voted on the new contract offered from Virginia-based Smithfield Foods rejected it. The escalating labor negotiations are a sign of what might be a renewed boldness among workers in the physically demanding meatpacking industry. Through the pandemic, workers have organized around pushes for workplace safety and are now navigating an economy where some slaughterhouses, desperate for employees, have suddenly boosted wages.

Smithfield Foods downplayed the contract rejection, saying it was a “routine” part of negotiations. But the UFCW plans to vote Monday on whether to authorize a walkout. Union leaders said they view striking as a last resort, as they push for for a base wage of $19 an hour to match the rate at a JBS pork plant 70 miles (113 kilometers) away in Worthington, Minnesota.

Slaughterhouse jobs usually offer elevated wages and benefits in exchange for the bloody, back-breaking work on butchering lines. But the wage gap is closing between meatpacking jobs and those at fast-food chains or retail stores, union leaders warned. They said that employees are exhausted after filling voids in the workforce during the pandemic while keeping up with robust demand for meat.

“We’ve got overworked employees,” said B.J. Motley, the union president. “We’ve got people on the line with extended hours and now they’re trying to take away their break.”

He said the company plans to eliminate a 15-minute break period, but Smithfield pushed back on that assertion. Keira Lombardo, a spokeswoman for the company, said in a statement that its proposal would ensure there are two 15-minute breaks for employees who work 8-hour shifts. She added that the company’s offer was “in full alignment” with agreements that the UFCW accepted at other locations.

“This is an expected and routine result at this stage of an ongoing negotiation,” she said of the union’s rejection of the company’s offer. “Both parties have been proactively planning for and scheduling additional meetings prior to this.”

A strike at the plant, which processes roughly 5% of pork products in the U.S., could ripple across the industry, from hog farmers to supermarket shelves. When the plant became an early coronavirus hot spot last year and shut down for several weeks along with others in the Midwest, the industry aggressively lobbied the public and former President Donald Trump for an order to stay open, arguing they provided an essential service to national security.

However, workers and unions also pushed for protections. At the plant in Sioux Falls , workers demonstrated in April 2020 for the plant to close down as infections spread.

“The pandemic dramatically raised the stakes,” said Colin Gordon, a University of Iowa history professor who has specialized in labor movements.

Smithfield Foods, like other larger meatpackers, poured millions of dollars into worker incentives and retrofitting plants with plexiglass barriers in an effort to stem infections. The precautions succeeded in preventing another large outbreak at the Sioux Falls plant and the company said there are currently no reported cases.

But the virus took its toll, as nearly 1,300 workers were infected, four died, and the Occupational Safety and Health Administration cited the company for failing to protect employees during the early days of the April 2020 outbreak.

As the company tried to recover from the outbreak, it launched an ad campaign that praised its workers as “heroes.”

“We’re not heroes anymore, are we?” Anthony Yesker, a nine-year employee at the Sioux Falls plant, said after casting a vote against the company’s proposed contract. “They should at least look that we all put our lives on the line to keep the company going.”

He reasoned that if the union decided to go on strike, there were plenty of jobs in other warehouses available. The wages that Smithfield offered were once significantly higher than service industry jobs, but Yesker said the cost of living has gone up in Sioux Falls, making him rethink his job at the plant.

“This is a moment when workers have leverage right now,” said Laura Dresser, a labor economist at COWS, a liberal think tank at the University of Wisconsin in Madison.

Worker shortages at meatpacking plants aren’t new, but they have gotten worse during the pandemic, said Sarah Little, a spokeswoman for the North American Meat Institute, a trade association of meatpacking companies. She noted that companies are generally offering “very competitive wages and benefits” that start at $22 an hour for entry-level positions in some areas.

For employees like Bullen Furula, who has worked at the Sioux Falls plant for 21 years and praised the opportunities that a job at the plant can bring, rising wages elsewhere mean a greater burden on those who have stuck with the company through one of its most trying years: “The more people quit, the more pressure is on us who are left behind.” 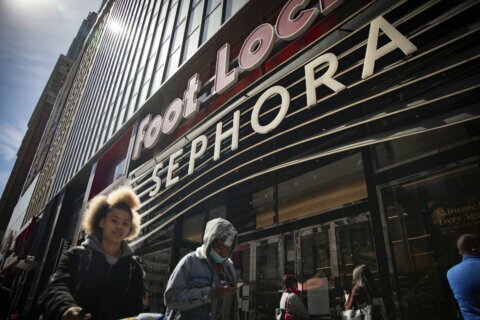 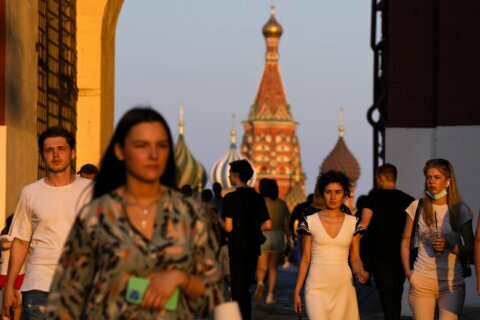 Consumer spending flat in May while incomes fall and inflation jumps