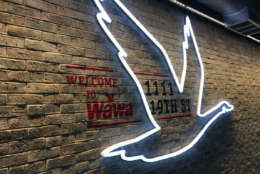 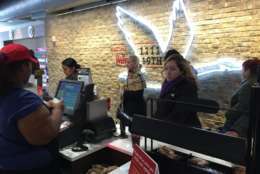 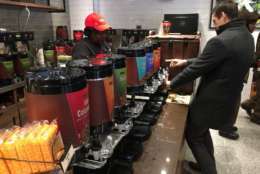 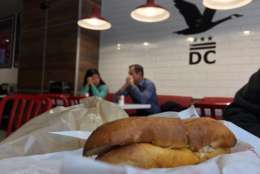 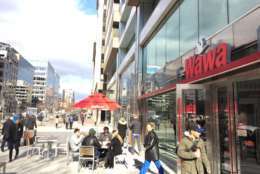 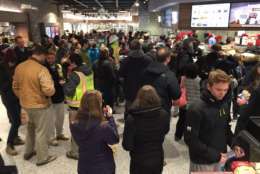 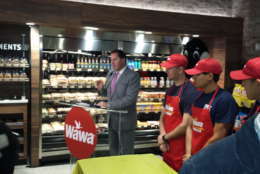 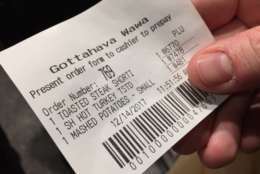 WASHINGTON — The District’s debut Wawa opened its doors to the public Thursday south of Dupont Circle.

The company claims its newest establishment will offer Washingtonians “a store uniquely designed for the D.C. customer.”

Twitter users seemed to agree, tweeting out photos and revelry with the #WawaInDC hashtag.

Wawa already has plans to expand into Georgetown, one of many moves the chain has in store for the area.

Wawa CEO Chris Gheysens told WTOP at the opening, “We’ve had our sights set on the District for years, frankly.” Their first “urban-style store” was in Philadelphia in 2015, he said, and after that turned out to be a success, he said, “our natural next best place would be the District.”

He cited several factors: The number of Wawa stores surrounding the Beltway, which meant familiarity with the brand; the number of transplants from Philadelphia and south New Jersey who already know the Wawa name, and “the vibrancy [of] the economy, and so many young millennials who love our brand.”

He added that Wawa would partner with local charities and “really get to know D.C.” They’ve begun by making a $10,000 donation to the Capital Area Food Bank, as well as up pledging up to $5,000 of the first week of hoagie sales. They’ll also be donating unused food to shelters around the District.

John Poplawski, Wawa’s head of real estate development, told WTOP in June that D.C. “fits all of the things we are looking for in an urban market. It has the right population in terms of numbers, and it has great numbers of millennials, which are a sweet spot for our business.”

“Folks working in the high-rises and 24-hour hospitals and other things in urban environments need that place to touch down, get a cup of coffee, a smoothie, a great Wawa built-to-order hoagie, and there are very few places in the District that can fit that bill,” he said.

Pennsylvania-based Wawa has more than a dozen locations outside of the Washington and Baltimore beltways, and operates in Pennsylvania, New Jersey, Delaware and Florida in addition to Maryland and Virginia.

WTOP’s Matt Ritter and Jeff Clabaugh contributed to this report. 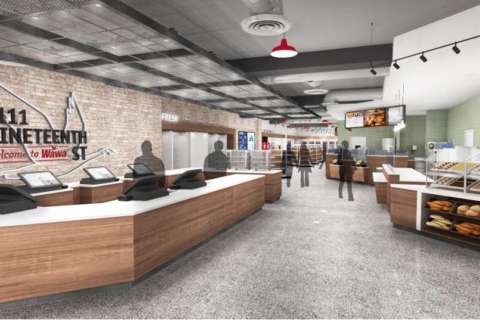 Wawa plans for 2nd DC store — this time in Georgetown