"Car buyers may be asking for a world of trouble if they purchase these vehicles," said AAA spokesman John Townsend. "Shoppers need to know how to spot a vehicle that has suffered flood damage."
Listen now to WTOP News WTOP.com | Alexa | Google Home | WTOP App | 103.5 FM
(1/21) 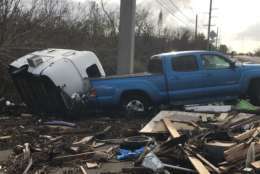 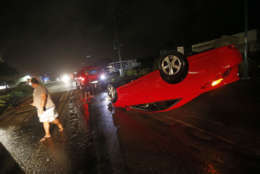 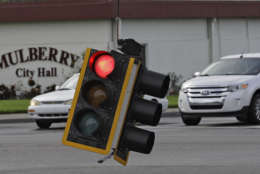 They also ruined hundreds of thousands of cars.

However, not every one of those vehicles was totaled, creating potential pitfalls for people searching for used cars in the near future.

“Car buyers may be asking for a world of trouble if they purchase these vehicles,” said AAA spokesman John Townsend. “Shoppers need to know how to spot a vehicle that has suffered flood damage.”

Hurricane Harvey in particular spurred catastrophic floodwaters in the Houston area, submerging up to one million vehicles.

“That is twice the number of vehicles despoiled by Hurricane Katrina and destroyed by Superstorm Sandy combined,” AAA said in a news release.

As thousands of cars affected by both Harvey and Irma begin to hit used car markets in other regions, including the D.C. area, in the coming weeks and months, there are a few things buyers can do to protect themselves.

First, experts say you should arrange a pre-purchase inspection, especially if you suspect that a vehicle has been in one of the areas that were directly impacted by the hurricanes.

Other indicators include a musty odor in the vehicle and water stains on seat belts.

You also should be wary if you spot brand-new carpeting and upholstery in older vehicles.

“Most of all, obtain a vehicle history report, which can be very helpful,” Townsend said. “They may not catch every potential problem, but they usually indicate when a car has been flooded or has a salvage title, which is a sign of a troubled and watery past.”

Another way you can investigate a vehicle’s history is by using VINCheck through the National Insurance Crime Bureau. 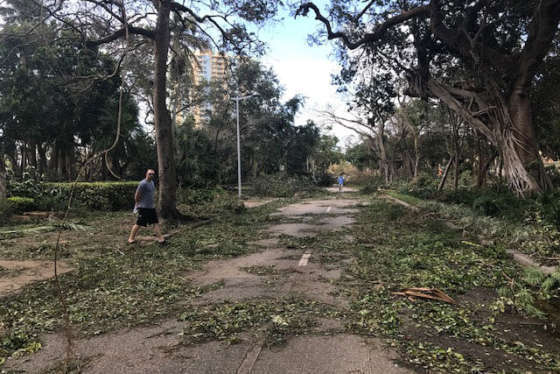 See how residents in Florida are coping in the aftermath of Hurricane Irma.