Charles County Sheriff's deputies arrested Randall Wayne Crowder Jr, 42, not long after he fled his sisters' house in a vehicle he had stolen from a neighbor after the house fire broke out.
Listen now to WTOP News WTOP.com | Alexa | Google Home | WTOP App | 103.5 FM

A Waldorf man was arrested Wednesday evening for setting his sister’s Maryland house on fire and stealing a vehicle in hopes of getting away.

Charles County Sheriff’s deputies arrested Randall Wayne Crowder Jr, 42, not long after he fled his sisters’ house in the 9200 block of Kris Drive in White Plains, Maryland, in a vehicle he had stolen from a neighbor after the house fire broke out.

Crowder’s sister told deputy state fire marshals that Crowder warned the family earlier that day to “pack their bags.” She also said that before the fire, she saw him on her property and then watched as he threw something at the side of the house.

When she exited her house, she told deputies that she smelled a strong odor of gasoline and saw Crowder run out the back door of the basement and flames in front of the basement door.

Police said Crowder then stole a neighbor’s vehicle and drove away.

Charles County Sheriff’s officers told deputies after they pulled over Crowder in the stolen vehicle, they discovered his bag, which had inside it a can of butane fuel and a cigarette lighter.

Crowder has been charged with unlawful taking of a vehicle, first degree arson, second degree malicious burning and reckless endangerment.

He’s being held at Charles County Detention Center without bond. 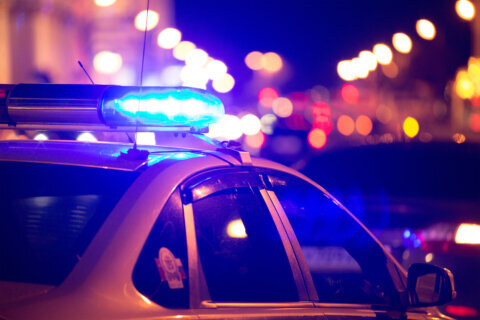 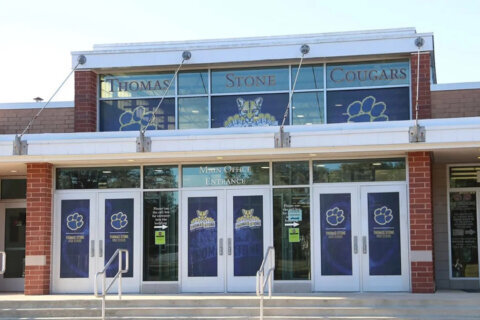