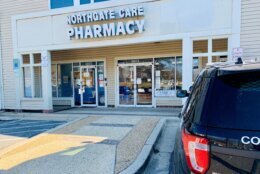 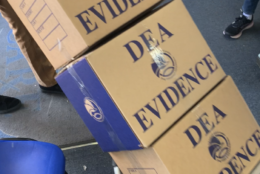 A Charles County, Maryland, pharmacist accused of illegally distributing drugs and narcotics from his Waldorf pharmacy and exchanging drugs for sex will be sentenced next month.

On Thursday, the Northgate Care Pharmacy at 3973 Saint Charles Parkway, owned by pharmacist Vincent Ippolito, 62, of Waldorf, was shut down by members of the Drug Enforcement Administration Washington Division’s Tactical Diversion Squad, and local law enforcement.

“This pharmacist and this pharmacy was an imminent threat to the Charles County community and beyond,” Shane Todd, DEA Assistant Special Agent in Charge, said.

“Indirectly causing drug dealers to prosper by way of increased customers potentially,” Todd said. “And, to make matters worse, there’s also the exploitation of addicted women who are dealing with the disease of drug addiction.”

Ippolito’s business just received the Immediate Suspension Order in which the DEA confiscated all the controlled substances on site, but he was arrested last September after a yearlong investigation that began based on information from the Charles County Sheriff’s Office.

“We initiated an undercover operation, identified that one of (the pharmacy’s) employees was selling drugs on the side, oxycodone, and based on that information, we infiltrated the employee and then eventually developed evidence to charge both the employee, as well as the owner of Northgate,” Todd said.

Pharmacy employee Denise Marie Shifflett, 45, of La Plata, arrested at the time, was accused of conducting street deals of pharmaceutical controlled substances she allegedly got from the pharmacy.

Northgate was unable to account for tens of thousands of dosage units of highly addictive controlled substances, such as oxycodone, according to their dispensing records, a DEA news release said.

There’s a sentencing hearing scheduled for Ippolito in Charles County Circuit Court on Feb. 22. The status of Shifflett’s case is unclear.

WTOP has reached out to Ippolito’s attorney. They did not respond to our request ahead of publication.

Man who shot his way into closed bank arrested in Waldorf