Holidays: Where to see holiday lights | 4 ways to limit your holiday debt | Inflation 'definitely a guest' at holiday celebrations this year | Recipes for Thanksgiving leftovers
Home » Celebrity News » Broadway will dim its…

Broadway will dim its lights in tribute to ‘Murder, She Wrote’ star Angela Lansbury

New York City’s Broadway theaters plan to dim the lights on Saturday evening in tribute to the late actress Angela Lansbury, who died this week. She was 96.

The Committee of Theatre Owners will dim the lights for one minute at 7:45 p.m. in her honor, the Broadway League said in a statement.

“Angela Lansbury was without a doubt one of Broadway’s most endearing leading actresses and her influence in the world of musical theatre will forever live on,” said Broadway League President Charlotte St. Martin. “We think of her as Broadway royalty and a member of our family, while recognizing that Hollywood thinks of her the same way.”

“Along with her legendary career and outstanding talent, it will be her grace, charisma, and kindness that we will fondly remember of the great Angela Lansbury,” St. Martin added.

Not yet 20 years old, Lansbury garnered her first Oscar nomination for her movie debut in “Gaslight” in 1944. Her second came the next year for “The Portrait of Dorian Gray,” and again in 1962 as the mother who betrays her son and her country in “The Manchurian Candidate.” She received Golden Globes for the latter two films.

She also accepted an honorary Oscar in 2013 and amassed 11 Emmy nominations for her role as Jessica Fletcher in “Murder, She Wrote,” but never won.

The actress was the recipient of the 2022 Special Award for Lifetime Achievement. She also hosted or co-hosted the Tony Awards five times, more than any other individual. 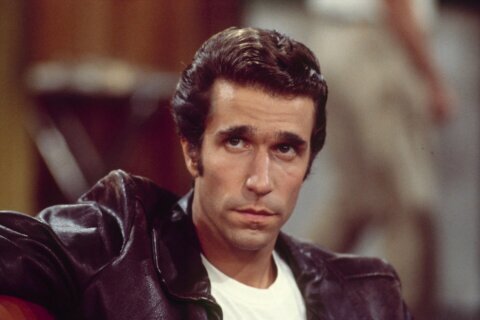