WASHINGTON — Looking to buy a car soon? You can kick the tires of hundreds at the Washington Auto Show.

Car shopping can be a pain to some people. You have to drive all over town, going from dealership to dealership, hoping to see a vehicle without much hassle.

There’s an easier way to see just about all the cars out there under one roof.

It’s time for the 2018 Washington Auto show. And it’s bigger than it ever has been, with three floors of all things automotive.

For those looking for a new car, what makes the auto show so worth it is that it’s a no-pressure, one-stop shop. You can take your time and look around, sit in the seats and check out the space. You can get information and answers from product specialists, not salespeople.

Just be sure to wear some walking shoes, as the venue is large. Be ready to walk. Some manufacturers will even let you drive or ride in their automobiles. Ford, BMW, Kia, Mazda, Toyota and Volkswagen can be driven on a short course around the convention center. You can also stay inside and have an off-road adventure with Land Rover, or take a spin in the new Jaguar E-PACE crossover. 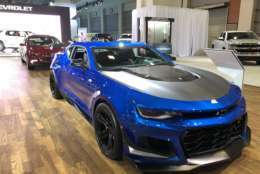 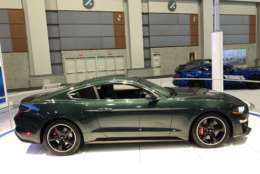 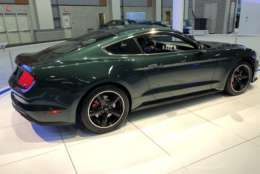 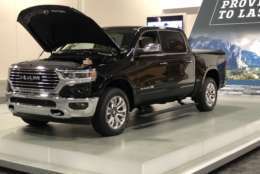 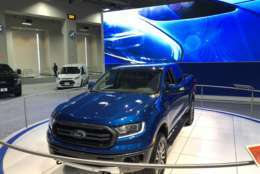 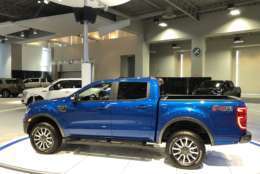 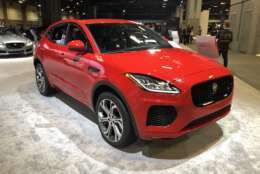 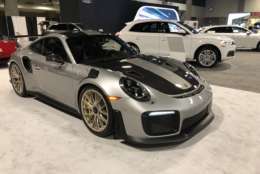 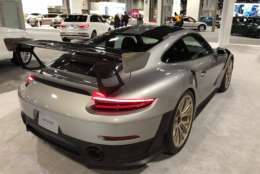 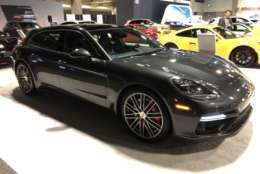 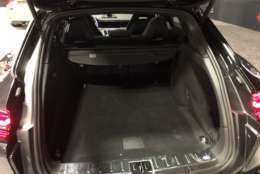 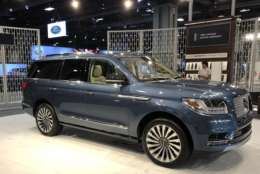 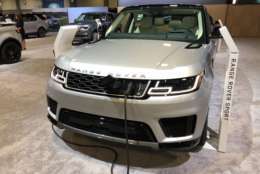 Six figures and plenty of horses

Some cars stand out more than others, and most of them have six-digit price tags.

I was surprised that other manufacturers like Volvo, Audi, Buick and Jaguar are showing luxury station wagons offering alternatives for drivers who need more space than a sedan but who don’t want to drive a crossover or SUV.

Trucks are big sellers, and they are large in size and number at the show. The all-new 2019 Ford Ranger midsize truck and the larger, redesigned Dodge Ram are on display. There are light-duty to heavy-duty trucks represented, as well as others that are built to excel off the road.

Crossovers of all sizes can be seen, from small, subcompact models to those that can seat nine. Chevrolet’s compact crossover, the Equinox, has a model that runs on diesel for 2018. Also new this year: a Range Rover plug-in hybrid that can go 30 miles before the gas engine turns on, as well as a Lincoln Navigator that’s big on style, size and luxury.

The Big Three flex their muscles

The Big Three automakers also seem to be vying to make the most popular two-door muscle car.

Chevrolet has a 650-horsepower Camaro ZL1 1LE ($73,000), which is pretty much a race car for the street. With its large rear wing and spoilers, it’s more comfortable at a racetrack with corners than most sports cars that cost much more. Ford is showing the Bullitt Mustang for the 50th anniversary of this iconic original movie car. It comes with that special green paint and gray wheels and still packs 475 horsepower. Dodge has the Challenger with available AWD, and a model called the Demon with over 800 horsepower. Are you kidding me? It’s a great time to fancy high-horsepower cars.

Two-door coupes and high-dollar cars are great to look at, but the show really excels at cars, trucks and crossovers that you can actually afford, with many of the manufacturers bringing several different trim levels of each model, instead of only the top-of-line model that many won’t buy.

My advice: grab a notebook and a pen. It’s time to get a stress-free, hands-on experience as you look for your next ride and have fun doing it.

The auto show runs through Feb. 4 at the Walter E. Washington Convention Center. Find more information on the show’s site.