What makes the Toyota so special in the compact crossover market? WTOP Car Guy Mike Parris spent a week with the $30,088 mid-grade 2017 XLE AWD to see what this popular machine is all about.
Listen now to WTOP News WTOP.com | Alexa | Google Home | WTOP App | 103.5 FM

WASHINGTON — Compact crossovers are hot, even outselling the venerable midsize sedan lately. Toyota has the RAV4, the head of the pack in sales in the compact crossover market for now. 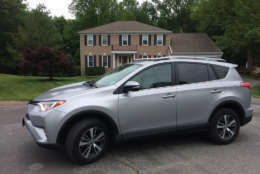 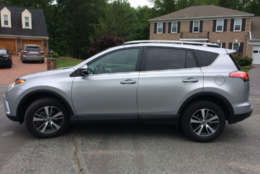 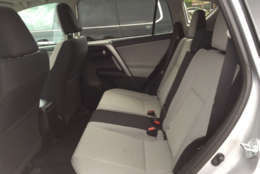 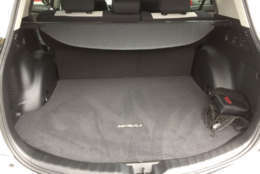 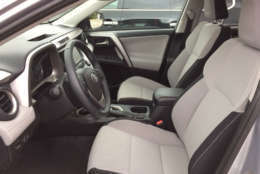 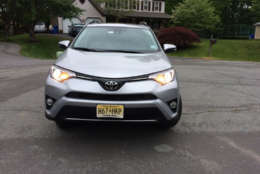 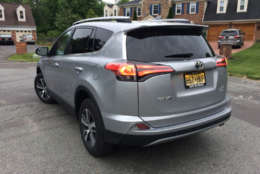 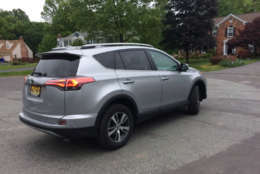 But what makes the Toyota so special in this popular segment? I spent a week with the $30,088 mid-grade 2017 XLE AWD to see what this popular machine is all about.

Extra space inside seems to be a factor for those stepping into a compact crossover and while I don’t think the back seat is wider than say, the Camry midsize sedan, there is plenty of space with nice head and leg room for those sitting in front or in the back. I wish the bench in the back was a bit wider, as it was difficult to outfit three child safety seats back there.

This 2017 RAV4 seems to have benefited with improved materials from just two years ago, when I last saw the RAV4. There are more soft materials in the cabin, especially the dash and in other places where your arms or fingers seem to migrate. The seats on the XLE are comfortable and nice features, such as a power moonroof, are standard on this trim level.

My ride also came with the $525 Entune premium audio systems with integrated NAV and a 7-inch touch screen that is easy to use. Sound from the audio system is average but there are eight speakers. The voice recognition works well for NAV and radio controls. There are easy-use buttons and knobs for eyes on the road use, also.

Storage space in the rear is very competitive for this class of vehicle and the rear seats fold nearly flat for easy storage or larger items.

Driving the RAV4 is a somewhat pleasant experience. It does well on most street surfaces it encounters and it seems to ride pretty quiet for the class. While not as taut and sporty in the corners, the RAV4 doesn’t disappoint and is better than I can remember from previous drives. It does well on highways and is small enough to easily drive and park on city streets.

The performance is about average for the class with just 176 hp. Don’t expect a very speedy machine and when you fill the seats it can be a bit sluggish and loud when merging with traffic. The six-speed automatic transmission does a nice job of smoothly shifting in most situations.

Fuel economy seems to be a bit less than some others in the class. I managed 25.1 mpg for my week and what the sticker said I should get. There is also a nice standard safety package called “safety sense,” featuring lane departure with steering assist, radar cruise and a pre-collision system with pedestrian detection.

The styling on this and other Toyotas lately really stand out. The front end is where the RAV4 shines. A lot of angles and shapes make for an interesting look. The current Toyota styling looks best with the RAV4 and makes it the most memorable RAV4 since the original in the late 1990s.

XLE trim level comes with handsome 17-aluminum wheels that highlight a more stylish side view of this RAV4. The rear glass behind the rear doors has an interesting shape and lend a bit of interest higher on the body. The rear hatch has a spoiler that adds a touch of flair; this is also where the current RAV4 seems to share its look with the last RAV4.

The RAV4 XLE is a very popular compact crossover looking to win the sales crown in 2017. With a winning combination of style and safety, it’s an attractive package for many. The RAV4 does just about everything you need out of a compact crossover and the name Toyota certainly doesn’t hurt either.