Nissan Rogue too big? The new Rogue Sport might be a better fit

WTOP car guy Mike Parris says the Nissan Rogue Sport is a nice fit for someone looking for a small crossover.
(1/8) 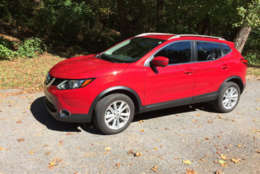 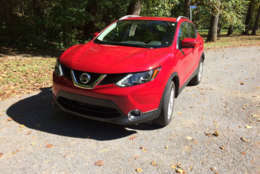 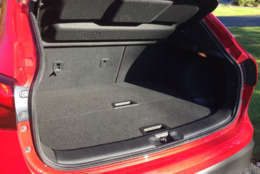 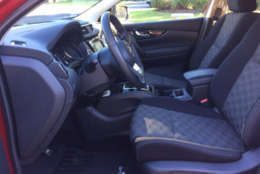 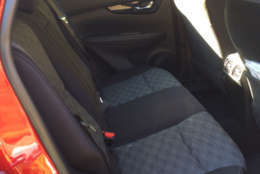 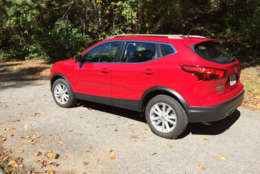 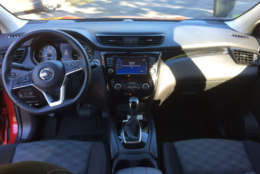 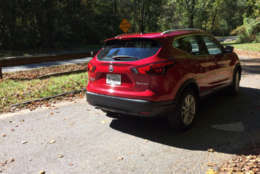 WASHINGTON — The original Nissan Rogue was a small crossover when the second generation hit the scene a few years ago. It grew in size to better compete in the compact crossover class and it really paid off for Nissan.

But there was a need for a smaller Nissan crossover that can also compete in the growing, smaller crossover class.

Think of the Rogue Sport as the original Rogue sized down. There is no optional third row, such as in the current Rogue. But it’s still a nice size, as I managed to get all three kids in the back seat with various car seats — something I can’t do in most of the smaller crossovers.

The cloth seats are comfortable both in front and back. The materials are on par for the class with harder plastics throughout, but it looks nice.

The Rogue Sport SV, the middle of three trim levels, comes very nicely equipped when you add a few option packages pushing the price to $27,750. With nearly $2,500 in options, you get some nice items, such as heated front seats that work quickly and a heated steering wheel that helps with cold-weather duty.

The premium package adds NAV and a larger 7-inch touch screen, voice recognition for NAV and audio functions that work rather well. The around-view monitor gives you 360 views so parking is easy for tight spaces.

If you think the name Nissan Rogue Sport means sporty crossover, the 141 horsepower four-cylinder engine says otherwise. It’s slow when loaded with people and cargo. With the CVT transmission, it can drone about when really pushed. The Rogue Sport is one of the more hushed small crossovers I’ve driven lately. Normal driving proves it’s a quiet ride with just a touch of wind and road noise.

The handling is better than the straight-line performance. The Rogue Sport does a nice job on turns even if it’s not very sporty. The normal daily driving is where the Rogue Sport excels. It offers a nice, composed ride over most surfaces, and the smaller size means it’s easy to drive in smaller spaces without problems. Fuel economy was 26.5 mpg for my week of driving and just a bit less than 27 mpg for my AWD model.

The look of the Rogue Sport is familiar and it looks a lot like big brother Rogue. It has that familiar front-end styling, with the interesting grill with Nissan badge and the chrome almost V shape breaks up the normal large grill.

Roof rails add to the look and to the usefulness. Out back, the Rogue Sport has a rear spoiler over the rear hatch but the styling is a bit blander than the rest of the vehicle.