Car Review: Acura MDX gets a modern makeover for 2017 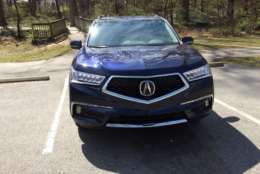 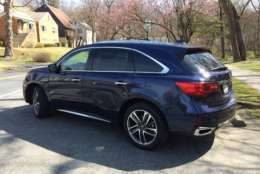 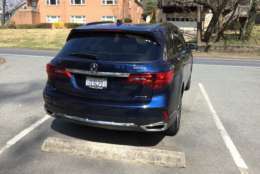 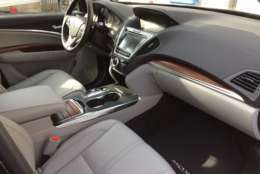 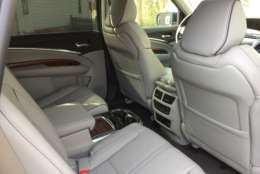 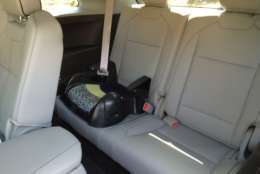 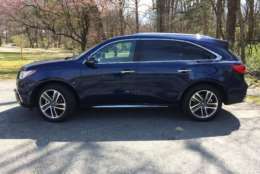 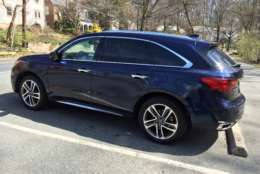 WASHINGTON — Looking for a luxury SUV that seats seven? The Acura MDX is a popular choice with new looks for 2017.

The Acura MDX has been around for nearly 20 years now and it seems to have been at the top of the midsize luxury SUV/crossover market since it was first released. You can’t help but notice this popular ride everywhere, which is in part due to the Honda/Acura-quality of making durable, long-lasting vehicles. But the competition seems to be nipping at Acura lately.

What Acura did for 2017 is update the exterior styling, giving the MDX a new front end with a larger angular grill. The small jewel-eye LED headlights pair with a new pentagon-shaped grill. Even the hood looks different from on previous versions of the MDX.

But don’t worry, this still looks like an Acura MDX, just a slightly more modern version. The MDX looks a bit sleeker with what appears to be a lower roof line than before. The rear-end styling is also updated with a little nip and tuck. I had the top $57,340 Advance trim level MDX. With that, you get large 20-inch wheels and some useful roof rails for added luggage capacity on top of the vehicle.

Inside, the MDX Advance greets you with what you expect for the $57,340 price tag of this fully loaded version. To start, there are perforated, heated and ventilated leather sport seats up front — an upgrade from other Acura MDX trim levels. New for this year is the second row captain’s chairs. While it drops the seating capacity to six, it’s a comfortable trade-off those in the back seat will like.

The window shades are also a nice touch. There is a center console with good storage and cup holders for the back seat riders too. The third row is usable for adults for short trips but better serves children. With this top trim level, there is real wood trim on the dash, doors and on the center console that add warmth. There are dual center screens in the dash, which are mostly operated by a central knob that takes some time to get used to; it’s a bit confusing for the first time user. Luckily, the NAV system has a good voice recognition feature. The ELS Studio Premium audio system features nice sound at either low or high volume. This Acura MDX has done away with the normal shift lever in favor of a push button affair that also takes some time to get the hang of and, at times, it’s slow.

Driving the Acura MDX is a surprise for those who may have never been behind the wheel one. It has a sporty demeanor for a three-row SUV; it’s quite unexpected. You won’t be hitting the racetrack with it but it adds a bit more confidence in the corners thanks to the AWD system on the MDX. The 290hp V-6 does a good job of moving this not-so-small SUV and the nine-speed automatic keeps the MDX in the right gear and is very smooth for 2017. Fuel economy was 23 mpg for my week of mixed driving, better than the 22 mpg on the sticker.

The ride, even with larger 20-inch wheels, is good, with only the large bumps upsetting the ride for short periods. This is a quiet vehicle with only a bit of the V-6 heard at higher RPMs. It comes with the rearview monitor and cross-traffic alert that’s pretty common for the class. And there’s also Adaptive Cruise Control, Collision and Road Departure Mitigation plus Lane Departure Warning and Lane Keep Assist which help keep you on the road and out of trouble.

The popular Acura MDX has some serious updates for 2017 to make it better in a now-crowded midsize luxury SUV race. With space and luxury, the Acura MDX has been a popular choice for years and this new 2017 version is sure to stay near the top of the class for luxury family haulers. And it’s also fun to drive.