Three were hospitalized, including a 16-year-old boy who died, when a Jeep tried to go around a tow truck and was hit by a pickup truck in St. Leonard, Maryland.
Listen now to WTOP News WTOP.com | Alexa | Google Home | WTOP App | 103.5 FM

A 16-year-old boy was killed and two people were hospitalized after a crash in St. Leonard, Maryland, on Monday evening.

Deputies said a Jeep Compass was stopped in traffic while waiting for a vehicle to be towed from a left turn lane on southbound Route 4. It went around the tow truck to turn left onto Calvert Beach Road, and was hit by a pickup truck headed north on Route 4.

A 16-year-old boy in the back seat was was taken to CalvertHealth Medical Center, where he died from his injuries.

The driver of the Jeep and a 13-year-old girl were flown to hospitals.

The driver of the truck and his passenger refused medical treatment and were released, deputies said.

The Crash Reconstruction Team is investigating the crash. Deputies are asking anyone with information to contact Senior Deputy First Class Jeffrey Hardesty by calling (410) 535-2800 or emailing Jeffrey.Hardesty@calvertcountymd.gov. 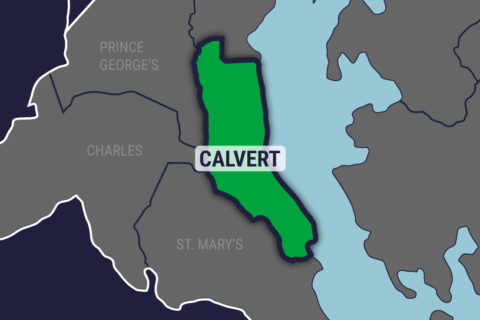