Honest Tea’s story is the stuff entrepreneurs are made of, from an idea, to a small company, to a major corporate acquisition in the course of just a few years. But it is an abrupt end for an otherwise popular, mission-driven brand that has sold more than 1 billion bottles.
Listen now to WTOP News WTOP.com | Alexa | Google Home | WTOP App | 103.5 FM
(1/3) 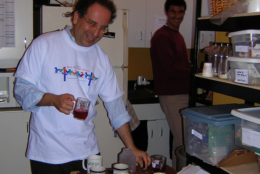 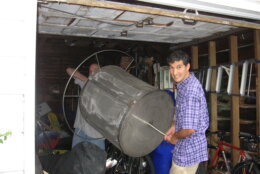 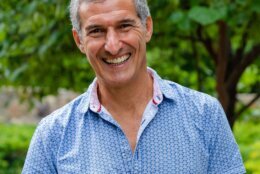 When Coca-Cola announced it would cease production and sales of its organic tea line Honest Tea, Bethesda businessman Seth Goldman called it a “gut punch.”

Rightly so. He invented it.

Honest Tea’s story is the stuff entrepreneurs are made of — from an idea, to a small company, to a major corporate acquisition in the course of just a few years. But it is an abrupt end for an otherwise popular, mission-driven brand that has sold more than a billion bottles.

Coke cited prioritizing fewer, bigger brands with the greatest potential for scale and profitable growth, and is throwing all its weight behind its two other ready-to-drink tea lines, Gold Peak and Peace Tea. Honest Tea will be phased out by the end of 2022.

Coca-Cola reported an 8% year-over-year growth in bottled tea sales in the first quarter. It did not break out tea sales by brand.

Coca-Cola bought a 40% stake in Honest Tea in 2008, and then bought the company outright in 2011. (Coca-Cola has not abandoned Honest Kids, a healthy juice drink line that is now included in McDonalds Happy Meals.)

Goldman, 56, who has many other pokers in the fire, all of which are run out of Bethesda, suffers no monetary loss from Coke’s Honest Tea demise. He sold his last remaining stake in 2017. But the news was still hard.

“I got a text from a former colleague there asking if I was available to talk to leadership on Monday morning for an urgent matter. Since I’m not in normal contact with them, I had a sense that something was coming,” Goldman said. “My first thought was of the team that put so much passion into building the brand. The second was the organic farmers who grow tea leaves and organic sugar or spices that we’ve worked with over the years.”

Goldman, who was working in marketing and sales, but looking for entrepreneurial opportunities, had given an investment presentation in New York City. After the presentation, he went for a run, was thirsty, went to a beverage cooler, and realized all the drinks were the same. All the same calories. All the same ingredients.

When a student at the Yale School of Management, he joined up with one of his professors, Barry Nalebuff, and together they decided there was an opportunity to build a beverage brand based on a less sweet profile — not a mainstream notion at the time. With financial backing from friends and family of both, Nalebuff became Goldman’s future Honest Tea business partner.

Goldman and Nalebuff started experimenting with tea blends in Goldman’s Bethesda kitchen that year. And came up with some they thought were marketable.

“I managed to get an appointment with a local Fresh Fields buyer (later acquired by Whole Foods) which had 17 stores in the mid-Atlantic. I walked into the office with five thermoses of tea and an empty Snapple bottle that I had pasted a label on, and I said we’d like to sell this in your stores. And to my simultaneous delight and horror, the buyer said ‘I’ll take 15,000 bottles,’” Goldman said.

Home kitchen to professional production happened quickly after that.

“The neat thing about tea is that everybody can make it. The key for Honest Tea was making tea that tasted good without being too sweet, so we relied on the quality of leaves and flavors. Once we got the purchase order from Fresh Fields, we managed to find an apple juice plant in Buffalo, New York, that was willing to give (bottling it) a try,” Goldman said.

Brewing and filtering tea with whole tea leaves proved to be a problem. In the early days of retail sales, Honest Tea was known for tea leaf sediment in the bottom of the bottles. That was eventually rectified. (But it did say “authentic.”)

For now, Goldman has plenty on his plate.

While Goldman says he has no intentions of an Honest Tea reboot, he is plenty busy continuing to steer consumers to healthy and nutrient-dense diets.

Goldman, who bikes to work to his Bethesda office daily, cofounded Eat the Change, based in Bethesda, with celebrity chef Spike Mendelsohn in 2020, which recently raised $4.5 million from investors to expand its line or organic snacks, including mushroom jerky, and flavored carrot chews, which are carrots marinated in fruit juice and dried — a snack similar to gummy bears. But healthy.

Goldman and Mendelsohn also launched PLNT Burger, a fast casual plant-based burger venture, which has grown to 10 locations, most inside Whole Foods Market stores in the D.C. area, with one at Union Square in New York. The menus feature Beyond Meat products. Goldman, who used part of the money he made from selling Honest Tea to Coca-Cola to invest in Beyond Meat, now serves as Beyond Meat’s chairman.

Goldman has the admiration of the local business community.

“Seth has been an impactful business leader. His local corporate and philanthropic contributions have been significant and he has helped raise our international business profile,” said Montgomery County Economic Development Corporation President and CEO Ben Wu. “Seth’s contributions to the community continue to make a difference.”

Among those contributions is Bethesda Green, a nonprofit Goldman cofounded in 2007, which promotes environmental protection with educational programs for startups, mentoring programs for high school students, and support for environmentally-friendly projects in Bethesda. Its first project was installing recycling bins around downtown Bethesda.

After the sale of Honest Tea, Goldman considered politics (he worked on Michael Dukakis’ 1988 presidential campaign and served as deputy press secretary of U.S. Sen. Loyd Bensten), but decided trying to change peoples’ behaviors around climate, and economic opportunity and health were his priorities.