Downtown DC is showing signs of life, but not much more

Seven months into the coronavirus pandemic, downtown D.C. is showing more signs of economic activity after coming to a screeching halt after the first outbreak — just not much more.

The Downtown D.C. Business Improvement District’s fall economic update reports economic activity in the downtown area is performing at 18% of its fall 2019 level, an improvement from 12% this summer.

The percentage of office workers in their downtown offices is now 10%, compared to 5% this summer.

Entertainment and cultural attractions continue to be a drain on the downtown economy, with all but four downtown museums remaining closed, as well as Capital One Arena.

“In 2019, the attendance at these venues that are temporarily closed was 6.7 million visitors,” Neil Albert, president and CEO of the Downtown D.C. BID, told WTOP.

“That’s about a half million visitors a month supporting our restaurants and other retailers. We’re now experiencing about 30,000 to 50,000 visitors a month in downtown D.C., so only 7% of where we were last year.”

More than 1,000 theatre shows and other performances have been canceled at downtown venues this year. Capita One Arena is unlikely to host any events or games before the end of 2020.

Downtown retail also is still suffering. The retail vacancy rate rose to a record high of 18% in October, compared to 12% at the end of 2019.

Many downtown restaurants are holding on, thanks to federal government Paycheck Protection Program loans, and the District government’s own efforts, including funding several business relief programs totaling $80 million, much of which went to small businesses downtown, and from expanded outdoor dining, curbside pick up and delivery, with streamlined permitting and minimal expenses.

“I think it has been able to keep many businesses afloat, but the question is how much longer can they hold on. I think it is important that there be some other round of fiscal stimulus, either at the federal level or the local level. Probably more at the federal level for it to be meaningful and impactful.”

Outdoor dining was available at 40% of downtown D.C. restaurants as of September. Indoor dining is now offered at 50% of these restaurants, up from 36% in July, and 64% are offering takeout or delivery.

The number of hotel rooms open in downtown D.C. increased to 83% of pre-pandemic levels in October, up from 46% in April, but open and occupied are two different things.

Hotel occupancy remained at just 12% in September, up from 8% in June and 3% in April. In February, before the pandemic, downtown hotels average 74% occupancy. 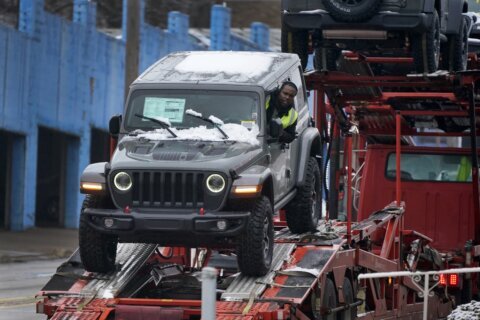 US inflation and consumer spending cooled in December