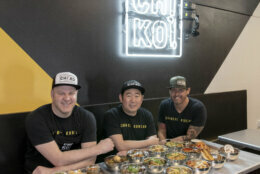 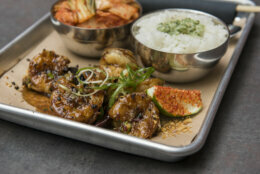 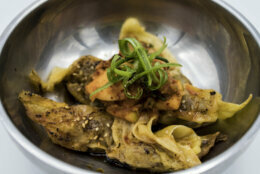 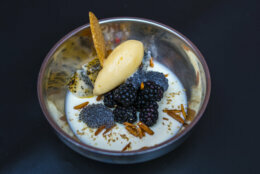 CHIKO, the popular Chinese/Korean restaurant whose Capitol Hill location won the Restaurant Association of Metropolitan Washington’s Casual Restaurant of the Year award last month, will open its first location outside of the District in Bethesda, Maryland.

The first CHIKO opened in Capitol Hill in 2017. A Dupont Circle location opened a year later.

Like its two D.C. locations, the Bethesda Chiko won’t be particularly large, at about 1,500 square feet with 40 seats. Interior renovations are underway, and it is expected to open by December.

“CHIKO has an incredible reputation and a loyal following in D.C., said Stuart Biel, senior vice president at Federal Realty. “We are looking forward to adding yet another quality food option to Bethesda Row.”

It is the second restaurant announcement for Bethesda Row this week.

Chef Jose Andres is converting the Bethesda location of his tapas chain Jaleo into Spanish Diner, the second location for the casual Spanish restaurant that Andres opened last year in Manhattan as part of his Think Food Group’s Mercado Little Spain food hall, in the Hudson Yards development.

Spanish Diner is expected to open next spring.