Why BWI is recovering faster than Reagan National or Dulles

Air passenger traffic at the D.C. area’s three airports remains significantly lower than a year ago, but passenger trends have been rising faster at BWI Marshall Airport than at Reagan National or Dulles International airports.

It is partly because of the mix of passengers the three airports serve.

BWI Marshall had 724,000 total air traffic passengers in June, according to the Metropolitan Washington Airports Authority, compared to nearly 2.5 million in June 2019. Though down 70.5% from a year ago, BWI’s passenger count for June was more than at Dulles and Reagan National combined.

BWI Marshall is showing more recovery because of its mix of passengers more focused on domestic leisure travel.

COVID-19 has affected all airports and all airlines. But Dulles, which has the lion’s share of the region’s international flights, has been particularly hard hit by the pullback in international travel.

Lufthansa and Air France had no operating flights at Dulles in June. United’s international fights were down 96.2%. Other carriers had few, if any, scheduled international flights.

BWI Marshall is also getting a boost from cargo flights, which, based on metric tons transported in June, was actually up 36.2% from a year ago. That is largely because of Amazon Air, operating with carriers Atlas Air and ABX Air.

Here’s a four-year breakdown on June passenger volumes at all three D.C.-area airports: 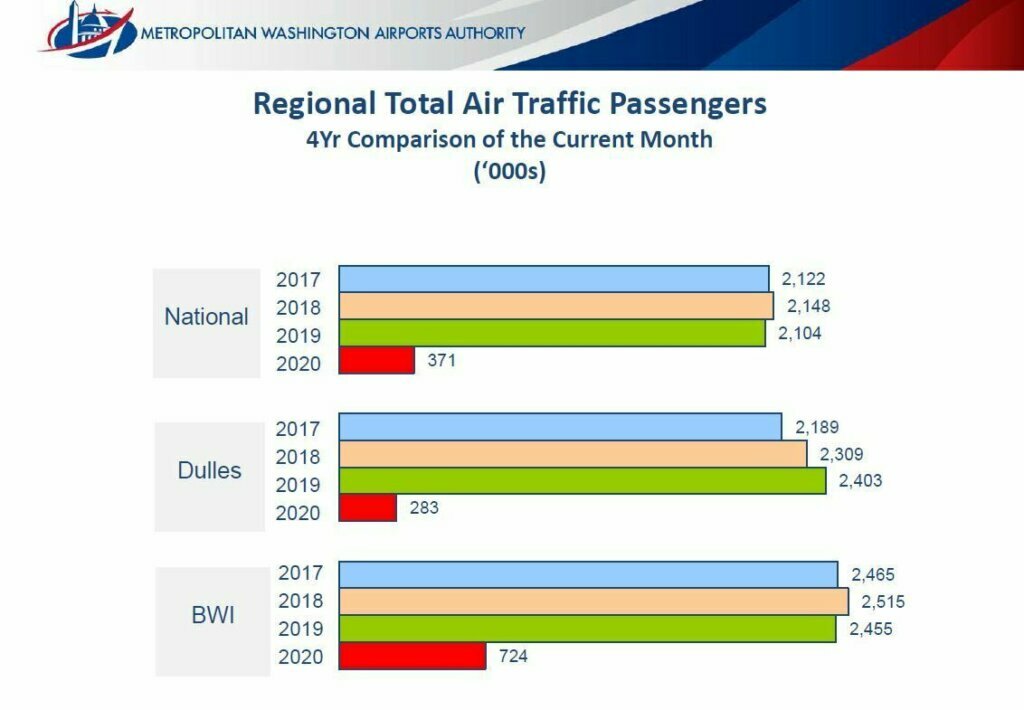 Longtime ally to Trump’s postal chief was paid by RNC