Other Half Brewing, whose first brewery and taproom opened in Brooklyn, New York, in 2014, is opening a brewing facility and taproom in D.C.’s Ivy City neighborhood — and it is big.
Listen now to WTOP News WTOP.com | Alexa | Google Home | WTOP App | 103.5 FM
(1/6) 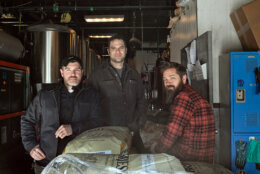 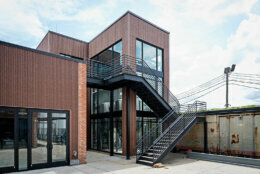 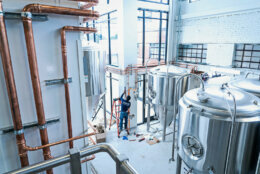 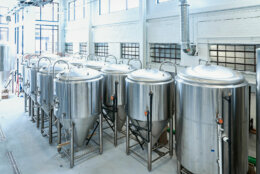 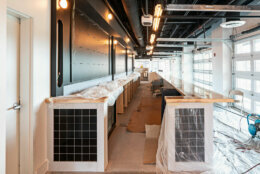 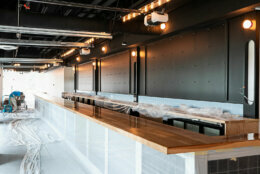 Other Half Brewing, whose first brewery and taproom opened in Brooklyn, New York, in 2014, is opening a brewing facility and taproom in D.C.’s Ivy City neighborhood — and it is big.

The owners are finishing the buildout at the former Pappas Tomato Factory building at 1401 Okie St. NE, and it should be open by October.

The D.C. Other Half Brewing will include a 22,000-square-foot production facility, and a separate tap room that includes a 7,500-square-foot outdoor patio with a covered pavilion, a roof deck, and a 5,000-square-foot indoor tasting and taproom.

The taproom will have 20 lines of beer on tap.

The brewing program will focus on hazy IPAs, lagers and barrel-aged stouts, as well as local collaborations.

Other Half expects to start brewing beer at the Ivy City location in late September and will initially offer curbside pickup and delivery.

Other Half is known to craft beer fans in New York for its bold labels and unconventional beer names, such as All Green Everything, Space Dream and Magic Green Nuggets. Last year, New York Magazine’s Grub Street food blog called Other Half “the city’s hottest brewery.”

“Andrew and I grew up in the D.C. area, and we are honored to open a brewery in our hometown and join the Beltway’s amazing beer scene,” Monahan said.

“We’ve long admired D.C.’s dynamic brewing community and look forward to sharing our beers with guests and to collaborating with some of the world’s best brewers who call D.C. home,” said Burman.

Other Half has a second taproom in New York’s Finger Lakes region in Bloomfield, New York, as well, but the D.C. location is the first built entirely to the founders’ specific needs from the ground up.

“We’re excited to bring our IPAs, what Other Half is known for, to D.C., but with this purpose-built brewery, we will be able to develop a more robust, barrel-aged Imperial Stout and barley wine program ad the larger tanks will allow us to brew more lagers,” Richardson said.

Other Half will be one of two new breweries opening in D.C. later this year. City-State Brewing is currently building out its brewery and taproom in Edgewood.