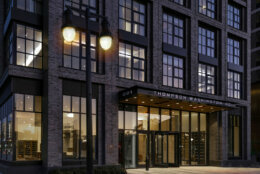 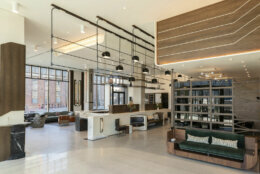 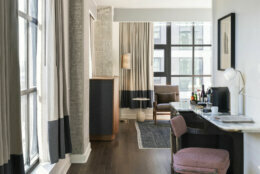 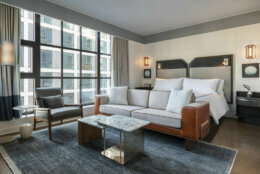 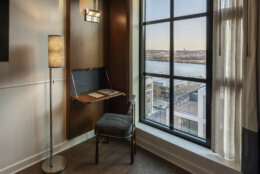 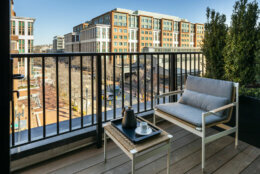 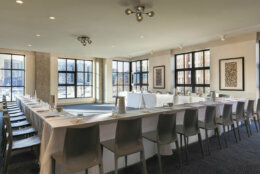 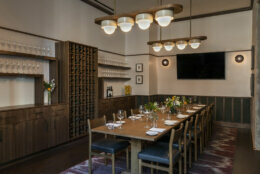 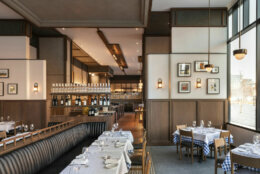 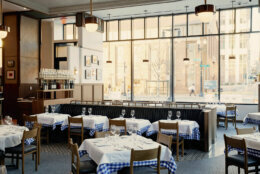 The hotel, called Thompson Washington D.C., occupies a newly built 11-story building at 221 Tingey Street Southeast. Its 225 rooms and suites all have floor-to-ceiling windows and views of the Anacostia River and Nationals Park. The hotel also includes two suites with private terraces.

There is also a rooftop bar, Anchovy Social, with 360-degree views of the city and waterfront, which is not yet open.

The restaurant, Maialino Mare, is the D.C. outpost of the original Maialino Mare restaurant from Meyer’s Union Square Hospitality Group, which anchors the Grammercy Park Hotel in Manhattan.

Maialino Mare is open for dinner beginning at 5 p.m., and will add breakfast and lunch in coming weeks.

Thompson Hotels is part of Hyatt Hotels. The D.C. hotel is the ninth Thompson location, with others in Seattle, New York, Nashville, Seattle and Mexico.

Editor’s note: This story has been updated to correct the name of the restaurant in Tribeca.