Would you like to add a tip? After DoorDash backlash, a loaded question

There are more and more services at your thumbs every time you update your phone. But, in an expanding service economy, the etiquette for tipping is a little hazy.

Dr. Paul Bagdan, a professor at Johnson and Wales University’s College of Hospitality Management, said conventional wisdom is changing on which service workers should be tipped.

“There are so many services that expect a tip, from grocery baggers to gas station attendants, even tattoo artists, so most people are actually really shocked, or at least confused, when they get one of those requests for an unexpected tip,” he said.

The question comes up again after DoorDash, a food delivery company, said Tuesday it would change its tipping policy after backlash from customers. Under the policy, tips weren’t going directly to delivery workers but to reimburse the company for guaranteed minimum payments to drivers.

Historically, tipped workers have received a lower minimum wage than other workers. But Bagdan said even after several states have outlawed this practice, tipping habits haven’t changed much.

“It essentially stays the same. People still tip, whether it’s out of guilt, or being unaware of [a minimum wage change], or perhaps they don’t mind and still want to tip,” he said.

What Bagdan called “guilt-tipping” increases when tips are prompted on an iPad or a display, especially when the worker is standing right in front of the customer.

But tipping tends to be generational, and less common with millennials, he said.

Still, “it seems as if people do at least give a small, token amount,” he said. “And that’s why they’re soliciting this — because they can.”

DoorDash hasn’t specified what its new tipping model will be, but CEO Tony Xu said in a tweet that “the new model will ensure that Dashers’ earnings will increase by the exact amount a customer tips on every order.” 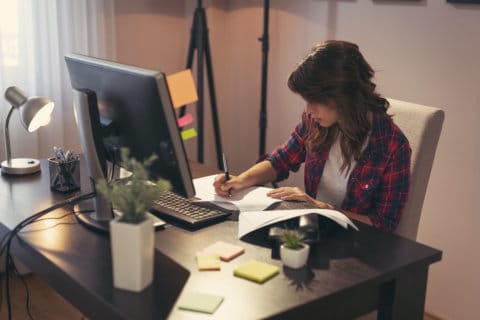