Here’s a sneak peek at the new Amtrak Acela trains

The first prototype of the new Acelas will be ready for testing later this year and will go into passenger service toward the end of 2022. They will carry 30% more passengers and reach 160 mph. See photos and renderings.
Listen now to WTOP News WTOP.com | Alexa | Google Home | WTOP App | 103.5 FM

Amtrak has released photos and renderings of its new Acela trainsets, which are currently in production at Alstom’s Hornell, New York, plant.

The first prototype of the new Acelas will be ready for testing later this year and will go into passenger service toward the end of 2022. They will carry up to 386 passengers, a 30% increase over current Acela train cars.

The new Acela trains will initially hit speeds up to 160 mph, and will be capable of reaching up to 186 mph.

Features will include a greater selection of food service; on-board information systems with real time information, such as location and train speed; larger restrooms with a 60-inch diameter turning radius; and streamlined overhead luggage compartments. 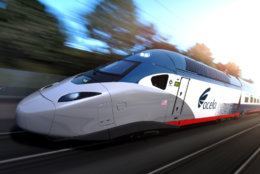 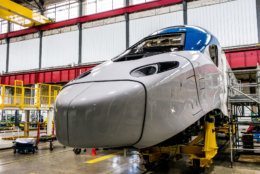 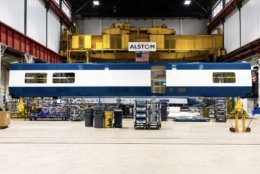 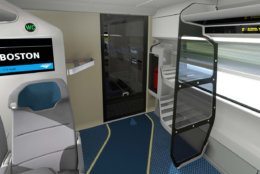 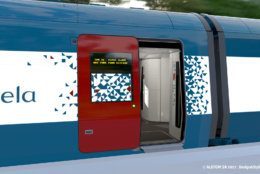 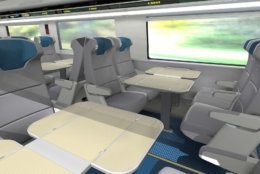 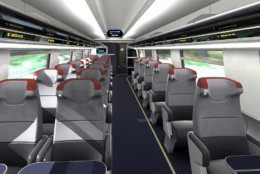 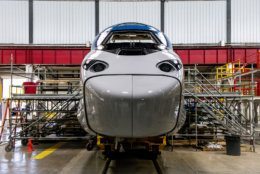 The new Acela trains are part Amtrak’s $2.45 billion upgrades on the Northeast Corridor, which also includes the modernization of its passenger concourse at Union Station, with a goal of tripling passenger capacity over the next 20 years.

Upgrades also include improvements at New York’s Penn Station and further development at stations in Baltimore and Philadelphia.