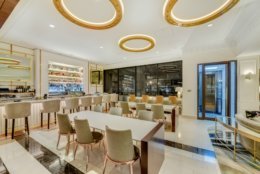 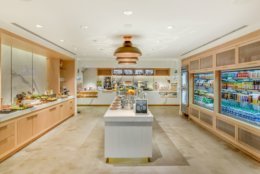 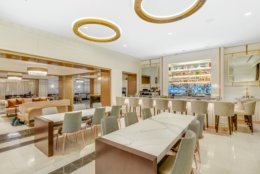 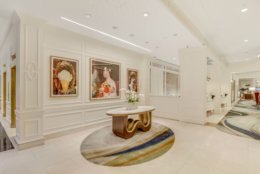 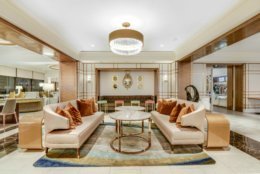 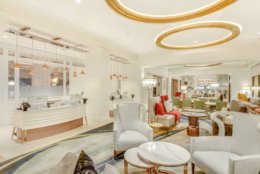 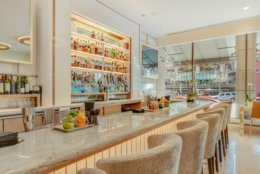 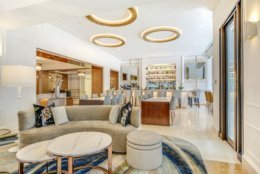 The Madison Washington D.C. hotel has completed a $4 million renovation of its lobby and other common areas, including a new Lady M cocktail lounge after the hotel’s namesake (it was named in honor of James and Dolley Madison).

It has also added a grab-and-go marketplace.

Interior designer The Gettys Group included some subtle nods to Dolly Madison in the design, including a feature wall that mirrors the crackling of a painting, for the works the first lady saved from the White House fire; a glass partition that features the pattern on Dolley’s fine china, and a mirror with parrot and ice cream cone designs, for Dolley’s pet and favorite dessert.

It changed owners two years ago and switched from being a Lowes-managed property to Hilton.