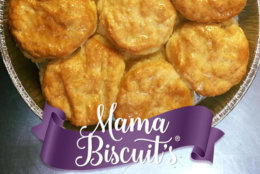 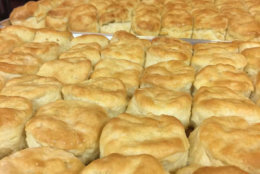 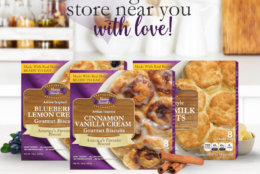 Owner Leslie Riley entered Walmart’s “open-call” event last year, held every summer for the retailer to find products from small businesses and entrepreneurs to carry in its stores. She was among several companies chosen from more than 500 entries.

Her biscuits will initially be sold in 55 Walmart stores in nine states, including Alabama, Arkansas, Idaho, Kentucky, Mississippi, Montana, Nevada, Tennessee and Utah.

Mama Biscuits currently has 15 full-time employees at its 7,700-square-foot baking facility in Frederick.

“I think it is important to hire local and keep manufacturing in Maryland while still expanding nationwide,” Riley said. “Walmart’s investment into Mama Biscuits is a true testament to commitment to U.S. jobs and I look forward to our partnership.”

Her deal with Walmart may eventually expand to other Walmart locations.

In 2013, Walmart pledged to purchase $250 billion in products from local small businesses and entrepreneurs through its open-call events.

Hyattsville, Maryland-based Sweet Potato Cake, whose cakes and cupcakes are already sold in retailers including Starbucks, Safeway and Wegmans and which opened its first retail store in Baltimore last month has a deal selling its products in 250 Walmart stores.

D.C.-based Cakelove, founded by local baker Warren Brown, won a deal to sell its cake jars in up to 100 Walmart stores in the Washington region.

In addition to Sam’s Club stores, Mama Biscuits is also carried in Washington-area Wegmans and Whole Foods, sold by Amazon and QVC and nationwide through its own website.