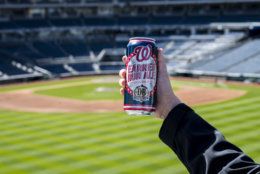 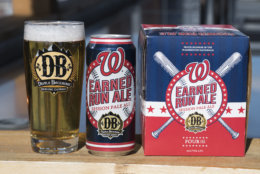 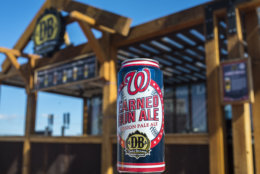 WASHINGTON — Lexington, Virginia-based craft brewer Devils Backbone is bringing back its Earned Run Ale, this time in cans and available at retailers.

This time, the Golden Pale Ale is being sold in cans at retail stores across the D.C. area. The 16-ounce cans of Earned Run Ale are being sold in four-packs.

Earned Run Ale is made with Maris Otter, Pale Ale and Torrified wheat malts, Bravo, Citra, Amarillo and Centennial hops and has an alcohol content of 4.2 percent.

It is the only Virginia craft beer brewed for the Washington Nationals.

Devils Backbone will also serve it again this season at its ballpark lounge, in Section 301 at Nats Park, along with its other beers on tap, including Vienna Lager and Eight Point IPA.

Devils Backbone was acquired by Anheuser-Busch InBev in 2016, although the 10-year-old brewer continues to operate as an independent craft brewer as part of AB InBev’s craft beer division called The High End. Other The High End beers include Shock Top, Goose Island and Blue Point.