At DCA, grab Chick-fil-A before TSA

WASHINGTON — Chick-fil-A is the newest restaurant to open in Reagan National Airport’s National Hall, with its grand opening set for Thursday.

These restaurants, and other retailers in National Hall, which is on the terminal level of Reagan National, are located before the security lines, but eventually will lie beyond the TSA security checkpoints.

The airports authority has been investing heavily in improving restaurant and retail offerings at both Reagan National and Dulles International Airport.

During the past three years, the two airports have added more than 120 new restaurants and retailers — many of them with local flavor, like &pizza, District Chophouse, Chef Geoff’s, Mike Isabella’s Kapnos Taverna and Cava Mezze Grill.

Reagan National also ranked No. 9 among large airports this year on J.D. Power’s 2017 North American Airport Satisfaction study, partially from an increase in satisfaction with food, beverage and retail offerings.

Dulles ranked No. 13 on this year’s J.D. Power satisfaction list, up from No. 20 last year. 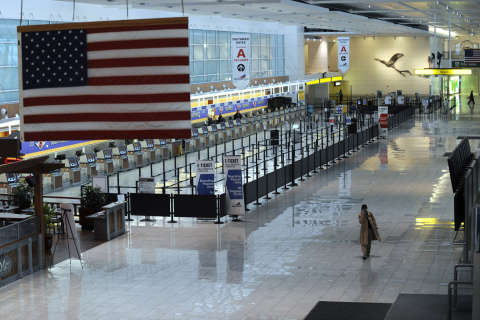