WASHINGTON —  Amtrak has unveiled the new look of its next-generation Acela trains that will operate along the Northeast corridor as part of its $2.4 billion investment in faster Acela service that also includes extensive renovations at Union Station. 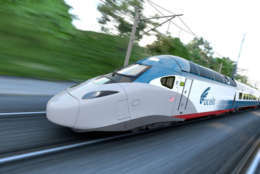 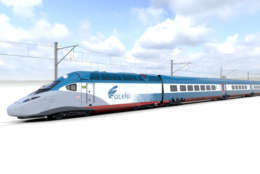 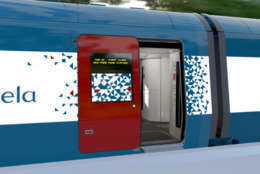 The new Acela trains will be among the most energy efficient in the world and will have one-third more passenger seats.

Amtrak will eventually increase Acela service between D.C. and New York to twice an hour.

The prototype of the new trains will be ready in 2019, with the first entering revenue service in 2021. All 28 new Acela train sets are expected to be in service by the end of 2022.

The concourse project is a partnership between the Union Station Redevelopment Corporation, the Federal Railroad Administration and other station partners, though funding for the project comes predominantly from Amtrak.

The concourse modernization project is separate from the long-term Union Station expansion that is currently ongoing, with a long-term goal of tripling passenger capacity and doubling train capacity over the next 20 years.