Battlefields and beer: A record year for Prince William County

WASHINGTON — Prince William County is attracting as many thirsty visitors as it is battlefield buffs these days.

The county had a record year for tourism in 2016, generating more than $570 million in travel-related spending and, at 5.4 percent more than 2015, it was the largest growth in tourism dollars in Northern Virginia.

An experiential trail in Prince William County set to open this fall will likely boost tourist visits even more.

Arlington County generates Northern Virginia’s most tourism spending — $3.1 billion of it in 2016 — but that was up 2 percent from 2015 according to the U.S. Travel Association, less than half the growth in Prince William County last year.

“With the construction of several new hotels, local craft beverage and dining developments, and the ongoing investment into new entertainment, shopping and sports tourism venues, the destination continues to grow as a place to visit and stay for domestic and international visitors,” said Ann Marie Maher, president and CEO of Discover Prince William & Manassas.

There are several others coming to Prince William County, including 2 Silos Brewing Company, Effingham Manor Winery and Sinistral Brewing Co.

This fall, Prince William County will open its “Steins, Vines & Moonshine Trail,” a trail that connects to the craft breweries, wineries and tasting rooms, and distilleries located throughout Manassas and the county, aimed at attracting more millennial visitors.

Discover Prince William & Manassas says tourism supported more than 6,500 jobs in the county last year and visitor-related tax receipts in the county accounted for more than $34 million in both local and state receipts.

It was a good year overall for tourism in the state of Virginia. The Commonwealth welcomed more than 45 million visitors last year, a record high.

Virginia ranks ninth in the nation for domestic traveler spending. The travel industry in the Commonwealth’s fifth-largest private employer. 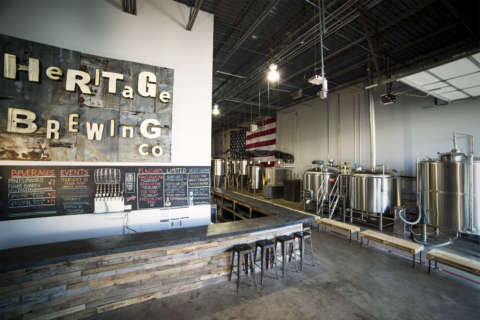