Holidays: 'Enchant' shines with millions of lights in Nats Park | Where to see holiday lights | Send in photos of decorations | How to give greener this season
Home » Business & Finance » Association wants craft brewers…

Local craft brewer Flying Dog opposes efforts to get brewers to 'clean up' beer names and says its decision to use names like Raging Bitch is a matter of freedom of expression.
Listen now to WTOP News WTOP.com | Alexa | Google Home | WTOP App | 103.5 FM

WASHINGTON – “Raging Bitch,” “Fat Bastard,” and “Bare Ass Blonde,” are some of the most popular craft beers on the market, but edgy names can also be offensive, and the Brewers Association is encouraging craft beer makers to tone down their names.

But not all brewers agree they should including one local craft brewery, which calls beer names a matter of freedom of speech.

The 34th edition of the Craft Brewers Conference and Beer Expo America in D.C. this week drew more than 13,300 brewing professionals to town. But in addition to sharing some great beers, the Brewers Association also got some business done including adding new language to its marketing and advertising code.

Specifically, the code now says that brewers should not use advertising and marketing materials with sexually explicit, lewd or demeaning brand names, language, text, graphics, photos, videos or other images that reasonable adult consumers would find inappropriate for consumer products offered to the public.

“A lot of brewers have edgy names that work fantastically well. But in this world of heightened sensitivity (we want brewers) to not be demeaning, to not be derogatory, to not be publishing anything that is considered sexually explicit,” said Julia Herz, craft beer program director at the Brewers Association.

“If that is in fact happening, than it definitely can work against the brewer and frankly lose them business,” Herz said.

Frederick, Maryland-based Flying Dog Brewery’s Raging Bitch, a Belgian IPA, has been the brewer’s top-selling beer since it was introduced in 2009.

“Like most encounters with self-appointed thought police, it’s both disturbing and fascinating. And it would be laughable were it not for how seriously we here at Flying Dog take freedom of expression and free enterprise,” Flying Dog CEO Jim Caruso said.

“It goes beyond our ability to market ourselves. We are strongly in favor of maximum freedom of expression and that includes expressing your marketing,” Caruso said.

The code changes also state that any beer name that doesn’t meet the marketing and advertising code and that wins a beer association produced competition, including the Great American Beer Festival or World Beer Cup, will not be read on stage or promoted in association materials and won’t be permitted to use the competitions’ intellectual properties in their marketing.

The Brewers Association will convene an Advertising Complaint Review Board if an issue arises that warrants review.

“We are crafting our own policy. Any organization that is so anti-free expression such as the Brewers Association, we’re not going to use their term in anything,” Caruso said.

“So in our marketing materials when we talk about the awards we’ve won for ‘Doggy Style Pale Ale’ and ‘Horn Dog,’ we will not be mentioning the Brewers Association and refer to it as an award to us by an anonymous association,” he said.

The Brewers Association also established a Diversity Committee at the conference with the goal of bringing a more diverse group of brewers into the craft brewing industry.

Members also traveled to Capitol Hill to discuss with lawmakers legislation that would lower the federal excise tax paid by craft brewers.

Next year’s craft brewers conference will be held in Nashville.

The next Brewers Association event in D.C. is set for June 2 and 3 for SAVOR, a big craft beer and food pairing event featuring nearly 90 small and independent craft brewers from across the country. 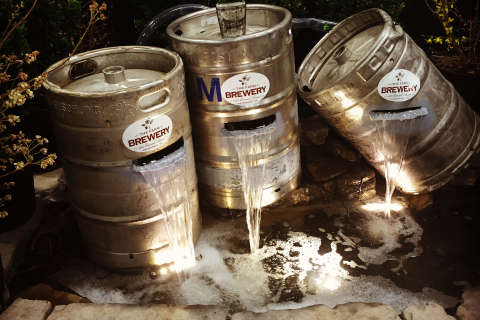 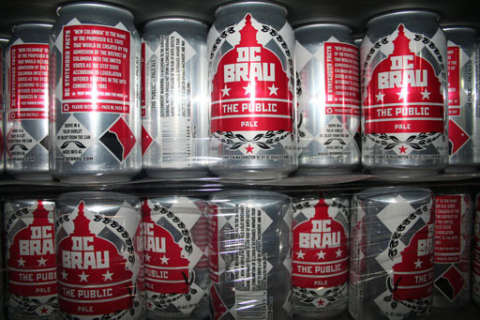