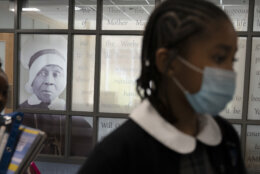 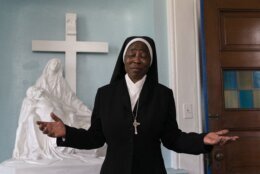 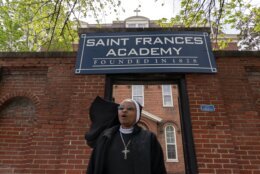 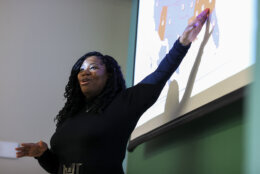 When you think of Black nuns, maybe Sister Mary Clarence from the movie “Sister Act” comes to mind.

That’s the only Black nun Dr. Shannen Dee Williams, a lifelong Catholic, knew about. At least until she found a photograph in 2007 of “four smiling Black Catholic sisters that steadied my hand on the microfilm reader that day,” Williams writes in the introduction of her new book that chronicles the history of Black Catholic nuns in the United States.

Williams writes that this history is a largely unknown part of the African-American freedom struggle.

Williams spoke with WTOP about how she researched the book and why she is telling this story now.

“The story of Black Catholic nuns in the United States cannot be told accurately, or honestly, without confronting the church’s largely unreconciled and unacknowledged histories of colonialism, slavery and segregation,” Dr. Williams said.

“To tell Black sisters’ stories is to confront the reality that women’s religious life in the Roman Catholic Church was a stronghold of white supremacy and racial segregation,” Williams added.

Her book also addresses the contributions of the Oblate Sisters of Providence, an order of Black nuns founded in Baltimore in 1829, and their role as desegregation frontrunners.

“The order is born of the Haitian Revolution and the forced emigration of so many free and enslaved refugees from San-Domingue, which becomes Haiti,” Williams said.

William went on to say that the four nuns of that order came together “specifically to provide education to the children of the refugees who are largely barred from the Catholic schools in the city of Baltimore.”

“So the Oblates Sisters of Providence are born of a need, and in response to racism in the Baltimore Catholic Church,” Williams said, adding that the women who found this community “then really launched the tradition of Black women religious in the Roman Catholic Church in the modern era.”

Williams also writes about the role the Oblates played in school de-segregations — including that of The Catholic University of America which, upon its founding, had been an integrated university but was later segregated in 1914. The school became re-integrated in the 1930s by members of the Oblate Sisters of Providence

Listen to the entire interview here: