A boy has died after being struck by a MARC train in Maryland.
Listen now to WTOP News WTOP.com | Alexa | Google Home | WTOP App | 103.5 FM

BALTIMORE — A boy has died after being struck by a train in Maryland.

The Baltimore Sun reports that the incident occurred Wednesday afternoon on the tracks near West Baltimore’s MARC station. The boy’s age was not immediately provided.

Veronica Battisti, spokeswoman for the Maryland Transit Administration Police, said the boy was trespassing on the tracks near the station at about 5 p.m. when he was hit.

MARC Penn Line train #443 was traveling south when the collision occurred. Traffic had been halted between Halethorpe and Penn Station. 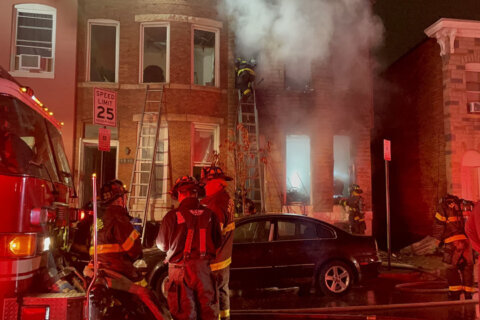