Baltimore’s state’s attorney is complaining to the Federal Communications Commission about the local Fox affiliate over its news department’s coverage.

In a letter to the FCC last week, Marilyn Mosby’s communications director, Zy Richardson, writes that WBFF-TV’s stories “could reasonably be categorized as blatantly slanted, dishonest, misleading, racist, and extremely dangerous,” and he asks the FCC’s acting chairwoman, Jessica Rosenworcel, to “take action as soon as possible.”

The letter claims that the station — which is owned by Sinclair Broadcast Group — did 248 stories solely about the state’s attorney, while Baltimore’s three other network affiliates did, in total, less than a third — 82.

“While the frequency of coverage in question by the WBFF would give any reasonable person pause, it is the tone of the coverage that violates the FCC rules,” writes Richardson, who singles out six stories from 2020 in that letter.

WBFF, Richardson writes, has “become a megaphone that amplifies, encourages and provides fodder for racists … to continue sending hate mail and death threats.”

She cites an incident from 2014, in which a report featured a deceptively edited video that appeared to show racial-justice protesters chanting “kill a cop.” (WBFF later fired the reporter and videographer involved.)

One FCC commissioner, Brendan Carr, issued a statement Monday that said the FCC “should dismiss this complaint with prejudice by the end of today.”

It was a sentiment echoed by the executive director of the Radio Television Digital News Association, Dan Shelley. In a letter Monday to Rosenworcel, he says that local journalists “have a constitutionally guaranteed obligation to serve their communities,” and that the six stories cited in Richardson’s letter do not back her claims.

“To the contrary, they reveal that Ms. Mosby either declined the station’s offers to comment in its news stories or did include comments sought by the station in response to its inquiries,” Shelley wrote.

Mosby and her husband, Nick, are currently the focus of a federal criminal investigation.

In a statement release on its website, the station stands by its reporting.

“FOX45 News is committed to investigating corruption in public officials, asking tough questions and holding leaders accountable,” the statement said. “Our award-winning investigative unit is a key part of delivering that commitment. While we understand that it may not be popular with the individuals and institutions upon which we are shining a light, we stand by our reporting.” 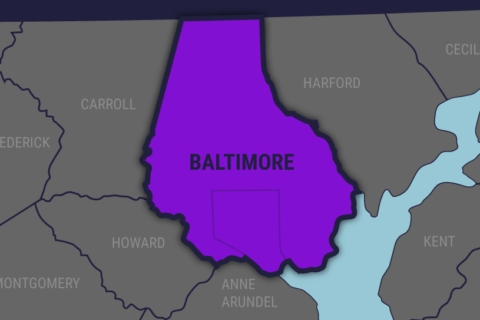