For the last 23 years, Jenny Carrieri has been haunted by her twin sister’s murder. Jody LeCornu was shot along York Road in Baltimore City, Maryland, but died in Baltimore County, so police there are the ones investigating.

She admitted the efforts to find the killer hasn’t just haunted her — it’s also put stress on the rest of her family. But she also said lots of progress has been made ever since she got inspired by a movie and began trying to re-raise awareness of the case.

After watching “Three Billboards Outside Ebbing, Missouri,” Carrieri decided she was going to put up three billboards in Baltimore.

They each feature a picture of her sister Jody and say “Find My Killer.” 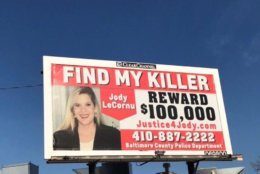 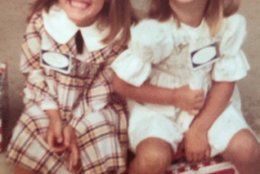 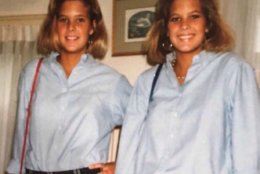 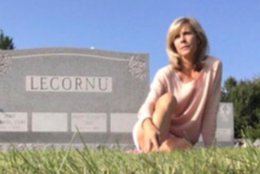 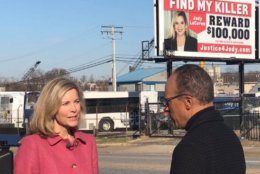 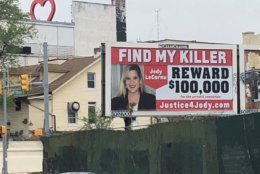 It has succeeded in terms of raising awareness, and she thinks it’s helped engineer more clues that will eventually solve the case.

It has also gotten private detectives and labs willing to get involved, including a private company that can test evidence for DNA that may have been left behind. But she said police aren’t willing to make any information from the case file public because the case hasn’t been solved yet.

There are some things Carrieri isn’t willing to talk about as it pertains to her investigation yet, but she hinted she thinks she’s closer to a resolution now than she was even a few years ago.

“Better than where we’ve been,” she said. “I just feel like if I hadn’t done all these years and just let her case sit in a closet that nothing was going to happen.”

Her hope now is that one more billboard aimed at an audience of one will help cut through that red tape and allow the answers she’s desperately seeking to start flowing.

On Monday, a billboard will be going up in downtown Baltimore in the area of City Hall and the police department, featuring a picture of Jody next to a Maryland flag. It reads: “Governor Hogan, Will You Please Help My Family Find My Killer?”

It’s Carrieri’s belief that the governor can help get the system moving that would lead to closure. In recent weeks, she’s also been in touch with the governor’s office, which has acknowledged the situation and is offering help, she said.

“Gov. Hogan shares in the deep anguish Jennifer feels, and admires her relentless pursuit of justice,” Hogan spokesman Mike Ricci said in a statement. “Our office recently met with Jennifer, and we have reached out to the Baltimore County Police Department on her behalf. We will certainly continue to aid in her efforts.”

There’s another billboard up a few blocks away from the one that’s going up on Monday. And the reward for information that’ll solve the case is up to $100,000.

“The big thing is,” Carrieri continued, is that a private company is offering their service to the police department. “It’s a couple thousand dollar process, and nothing has been done yet … I have a private lab that’s going to do it in a week, analyze, do everything for free, but nothing has moved forward. So, can you help me move that process forward?”

She’s so confident the case is close to being solved, and just needs one final push.

“When my phone rings, I think this is it, they’re going to call and tell me someone’s been arrested,” Carrieri said.