A winter storm is making its way to the Northeast and Mid-Atlantic Thursday, following a visit that brought snow and ice to Florida and many Southeastern states. See photos of the brutal winter storm throughout the nation.

Schools were finally closed due to a lack of heat. “I’m outraged,” he told reporters in a news conference Friday.

Referring to school construction funding, Hogan said, “This is something we’ve been trying to address at the Board of Public Works in a bipartisan way.”

The governor insisted that the blame lies with ineptitude and mismanagement, not funding formulas. Referring to school officials in Baltimore, Hogan said he was “as outraged as anyone in the state of Maryland, and we’re going to continue to try to hold them accountable.”

State lawmakers representing Baltimore City have pointed out that the city’s high poverty rate makes it impossible for the school system to shoulder upfront construction costs. Hogan said that on average, Maryland jurisdictions spend 50 percent of their budgets to support schools. He said Baltimore City budgets 11 percent for schools.

Friday’s closure of schools was designed to allow Baltimore City school maintenance crews a chance to tackle the lack of heat in as many as 60 school buildings.

Lawmakers return to Annapolis for the start of the General Assembly session on Wednesday, where the issue is expected to get continued scrutiny. 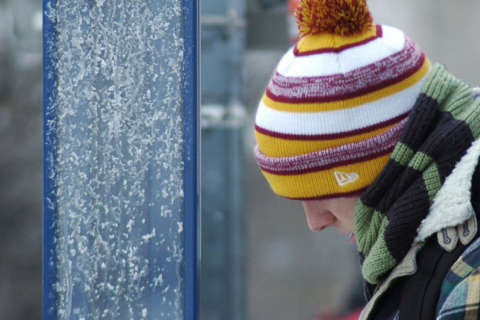 How this cold spell stacks up to past winters