The city of Baltimore will reimburse other local police and fire agencies a total of $1.8 million for responding to the unrest following the death of Freddie Gray.
Listen now to WTOP News WTOP.com | Alexa | Google Home | WTOP App | 103.5 FM

The city of Baltimore expects to reimburse other local police and fire agencies from across Maryland a total of $1.8 million for responding to the civil unrest that followed the death of Freddie Gray last spring, a city spokesman said Thursday.

The tally includes both requests that have been paid and those still under review, Howard Libit said in an email. He said he expects all the requests to be paid.

The requests are for overtime, equipment costs and other expenses claimed by about 30 public agencies and volunteer fire companies in 16 of Maryland’s 23 counties.

Parts of Baltimore burned amid rioting and looting after the April 19 death of Freddie Gray, a black man whose neck was broken while he rode, handcuffed and shackled, in the back of a police van. An autopsy concluded Gray’s head probably slammed against a metal wall of the compartment during hard cornering or braking. Six city police officers, three black and three white, have been criminally charged in the case.

The state of Maryland is reimbursing out-of-state agencies for their costs, Maryland Emergency Management Agency spokesman Chas Eby said. He said he couldn’t immediately provide the amounts paid and outstanding. 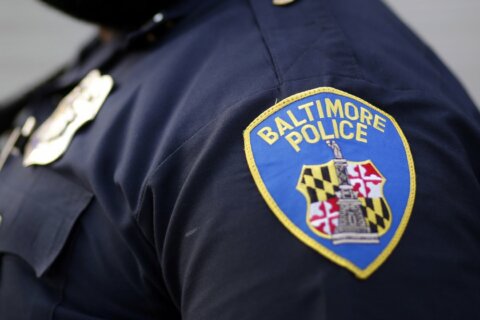