Reed made it clear he wasn’t leaving on his own accord.

The Ed Reed Foundation announced on social media Saturday that the university declined to ratify Reed’s contract and “won’t make good on the agreement we had in principle, which had provisions and resources best needed to support the student athletes.”

The decision came less than a week after Reed ripped the school in a profanity-laced social media post that went viral. He accused Bethune-Cookman of having a dirty campus and failing to clean his office before he arrived. He threatened to leave then, saying he was having to “clear out trash” while not even being under contract.

Reed apologized the following day for “my lack of professionalism” and addressed it again Saturday.

“I’m a good man, not perfect,” he said. “We all make mistakes, and I apologized for mine.”

Reed pointed out some of the good he had already done at Bethune-Cookman, including clearing land for a practice field — progress that could be seen from Reed’s office window.

“We’ve been around here trying to change things,” he said. “My vision for change, probably moving too fast for a lot of people. I’m not withdrawing my name, as they said. They don’t want me here. They do not want me here because I tell the truth.”

Colorado coach Deion Sanders, better known as Coach Prime after leading a turnaround at Jackson State, called Reed during his goodbye and offered to get on the next flight “if you need me.”

“I know you do not want to leave those kids,” Sanders said. “Sometimes in life, you got to walk away.”

Reed and his foundation affirmed their commitment to helping kids and “changing lives for the better, as we’ve done for 20 years.”

Reed played at Miami and spent the past three years in an administrative role with the Hurricanes, first as chief of staff under former coach Manny Diaz for two years and this past year as a senior advisor under coach Mario Cristobal.

Reed had been picked to replace Terry Sims at Bethune-Cookman. Sims was fired after going 38-39 in seven seasons at the historically Black university, and when the school made that move, Wildcats athletic director Reggie Theus — the longtime NBA player — said he would be looking to hire someone who can “ensure that we not only build a championship culture on the field, but also aspire to academic excellence and career achievement off the field.”

Reed was a five-time All-Pro safety, a member of the NFL 2000s All-Decade Team, the 2004 Defensive Player of the Year and made nine Pro Bowls. He had 64 career interceptions, led the league in that stat three times and scored 13 non-offense touchdowns in his career with the Baltimore Ravens.

At Miami, Reed was part of the Hurricanes’ most recent national title team in 2001. He set school records for career interceptions (21) and interception return yards (369), won a Big East championship in javelin in 1999 and graduated with a degree in liberal arts. 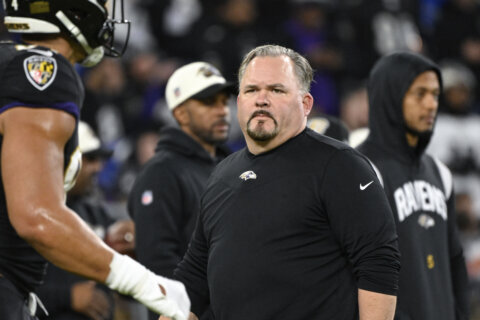