WASHINGTON — “If only Torrey Smith didn’t quit on the route …” I watched the above video a dozen or…
Listen now to WTOP News WTOP.com | Alexa | Google Home | WTOP App | 103.5 FM

WASHINGTON — “If only Torrey Smith didn’t quit on the route …”

I watched the above video a dozen or so times, wondering if what could have been of Baltimore’s 2014 season if the then-Raven had kept his eye on the deep ball from Joe Flacco instead of worrying about Brandon Browner’s position. Maybe there would have been another wild celebration in Federal Hill after the second Ravens Super Bowl in three years.

Coulda/woulda/shouldas don’t make the absence of the Lombardi Trophy hurt less (just ask Seahawks OC Darrell Bevell after last year’s Super Bowl). The Ravens have had their fair share of heartbreaks in the past decade: a 15-6 loss to the underdog Indianapolis Colts in 2006 when Baltimore had the league’s top-rated defense; a 21-7 lead blown at the half of the AFC divisional playoff game in 2011 at Heinz Field against the hated Steelers; a dropped pass in the end zone by Lee Evans, followed by a missed game-tying field goal attempt by Billy Cundiff in 2012 … you get the picture.

Year in and year out, general manager Ozzie Newsome has been able to retool and move forward. Baltimore has missed the playoffs just once since 2007, and in 2015 they have the pieces in place to make it all the way to the Super Bowl in Santa Clara. What puts a player into the “elite” category? Why does this question always seem to linger when Flacco is discussed? Unless Joe gets to the Brady level of Super Bowls won, the questions will probably continue to be asked throughout his career. We all know Flacco is human and has games where he looks like he stayed out partying until 5 a.m. the night before (Dec. 21, 2014 against the Texans, where he threw incompletions on 17 of his first 20 passes with three interceptions) or we wonder where his head is at before big games, such as this skateboarding incident from 2012.

But the bottom line is this: In an era where quarterbacks so often are injured, putting teams in predicaments in which the offensive coordinator needs to drastically change schemes to accommodate the backup quarterback, Joe Flacco plays ewvery game. Since 2008, Joe has made 112 regular season starts and 15 playoff starts, good for 127 games played in a row. That’s the third-longest streak in the league behind Eli Manning and Philip Rivers.

Next comes his playoff performances. No; Joe doesn’t carry the Ravens into the playoffs on his own back — Newsome makes sure he doesn’t have to. But when the Ravens do get to the playoffs, Joe steps up his game and then some. His playoff record is 10-5 with a 25:10 TD-INT ratio. His overall performance in the 2013 playoffs (11 TD passes, 0 INTs) was one of the best January stretches any quarterback has had in the modern era (the 11 TDs is tied with Joe Montana and Kurt Warner for most in a postseason).

The bottom line with Joe is that you can probably have much sexier options when it comes to stats and overall flashiness on the field. But ask teams such as the New York Jets or Houston Texans or Cleveland Browns whether they would want Flacco under center every Sunday. Maybe their fans would never admit it, but I’m sure the front offices of those teams would adore having a quarterback you can trust to lead your offense in the way Joe Cool does every game, every season.

By the end of last season, the Ravens had started 11 players in the secondary, with five cornerbacks going on injured reserve. In a league that is so friendly to fantasy football players these days in terms of aerial assaults by the quarterback’s arm, without a solid secondary, you simply cannot expect to reach the promised land — not when you’re facing other elite QBs such as Tom Brady, who threw for 367 yards and three touchdowns in last year’s divisional round game.

Jimmy Smith was arguably one of the best players on the defensive unit last year before going down with a lisfranc injury in November. The team obviously felt that the injury would not hinder him in the long term, as they signed him to a $48 million extension. Lardarius Webb has no doubt lost a step or two, but he was banged up most of 2014 and his veteran presence alone is good for some of the younger members of the defense — such as Will Hill, who has overcome several off-the-field problems in the past to emerge as the best safety in Baltimore at 25 years old. Alongside Hill will be newcomer Kendrick Lewis from Kansas City, whom Pro Football Focus graded as the 13th-best safety in run support, in addition to his nine interceptions over his five-year career. And speaking of those injuries: Did I mention he has started all but three of the 69 games he’s played in?

While the secondary might not be on the level of the Ed Reed era, if this unit can stay half as healthy this year, opposing quarterbacks won’t feel comfortable trying to throw deep or thread the needle against this Ravens secondary.

Offensive Line is Everything

According to Pro Football Focus, Marshall Yanda was named the fifth-best player in the NFL, the only offensive lineman ranked in PFF’s top 13 players and the second-best offensive player behind Aaron Rodgers. Even age 30, Yanda seems to only get better with age — in 2014, he allowed just one sack, five hits and 10 quarterback hurries. He’s an incredible run blocker, which allowed Justin Forsett to have the career year he had.

Let’s not forget Kelechi Osemele, who finished with the fourth highest run blocking grade for all guards. Or Ricky Wagner, who came into his own at the right tackle position in 2014, starting 15 games before getting injured at the tail end of last year. Center Jeremy Zuttah played well in his first season with Baltimore, allowing just one sack. Veteran Eugene Monroe has struggled at times since being acquired from Jacksonville in 2013, but certainly has the ability to protect Flacco’s blindside.

This unit is top-3 in the NFL and will allow Flacco the time to reach some of his newer, younger targets — such as Kamar Aiken and newcomer tight end Maxx Wiliams — and should pave the way for Forsett to endure a second consecutive 1,000-yard season.

Gone is Gary Kubiak, whose run-blocking scheme — combined with the personnel on the offensive line — allowed Justin Forsett to have the aforementioned career year. That lifted Baltimore’s yards-per-carry from last in the league in 2013 into a tie for sixth last year.

In is Marc Trestman, who failed as a head coach but is a wonderful offensive mind who will keep Kubiak’s running scheme intact, and will help the development of some of the young wide receivers like Aiken and first round pick Breshad Perriman (who is still out with a knee injury, but should be back next month at the latest).

Defensive coordinator Dean Pees guided the Ravens’ defense back to top-10 level for the first time since 2011, despite all the injuries he had to deal with.

John Harbaugh might need to lighten up and improve his halftime interviews, but his success as the head football coach of the Baltimore Ravens is without question. His team has made the playoffs six out of the seven years he’s been at the helm. He’s 10-5 in the playoffs and he’s got a Super Bowl ring. It’s tough to argue with those results.

Finally, there’s Newsome. Other than not keeping Anquan Boldin after the 2013 season, the general manager of the Ravens has certainly earned the motto “In Ozzie We Trust,” which can sometimes be heard uttered around Charm City when a controversial signing or draft pick.

Ozzie has made a name for himself by exercising the salary cap in an efficient matter, using free agency to build depth and plug roster holes, rather than trying to sign big-name players like their neighbors down 95 in Landover have done so frequently over the past decade.

You might not see Baltimore going 14-2 anytime soon, but the team consistently competes for the playoffs, and as we’ve seen, all you need to do is gain a berth and who knows what can happen? See the Ravens’ 2013 season, when they were the lowest seed in the AFC and won the Super Bowl.

The Ravens have the 11th-toughest schedule heading into the 2015 season. This team is capable of winning 11 games in the regular season, which could be good enough to snag the AFC North. But Pittsburgh and Cincinnati both should be tough again, so we’ll see how that plays out. When it comes to the Ravens, though, it’s all about getting in and letting fate play out.

With Torrey Smith in San Francisco, Joe will have to find a new target to throw bombs toward deep in playoff games. This season for the Ravens, the hope is that whoever steps up in Smith’s place keeps his eye on the football and runs the route in its entirety. 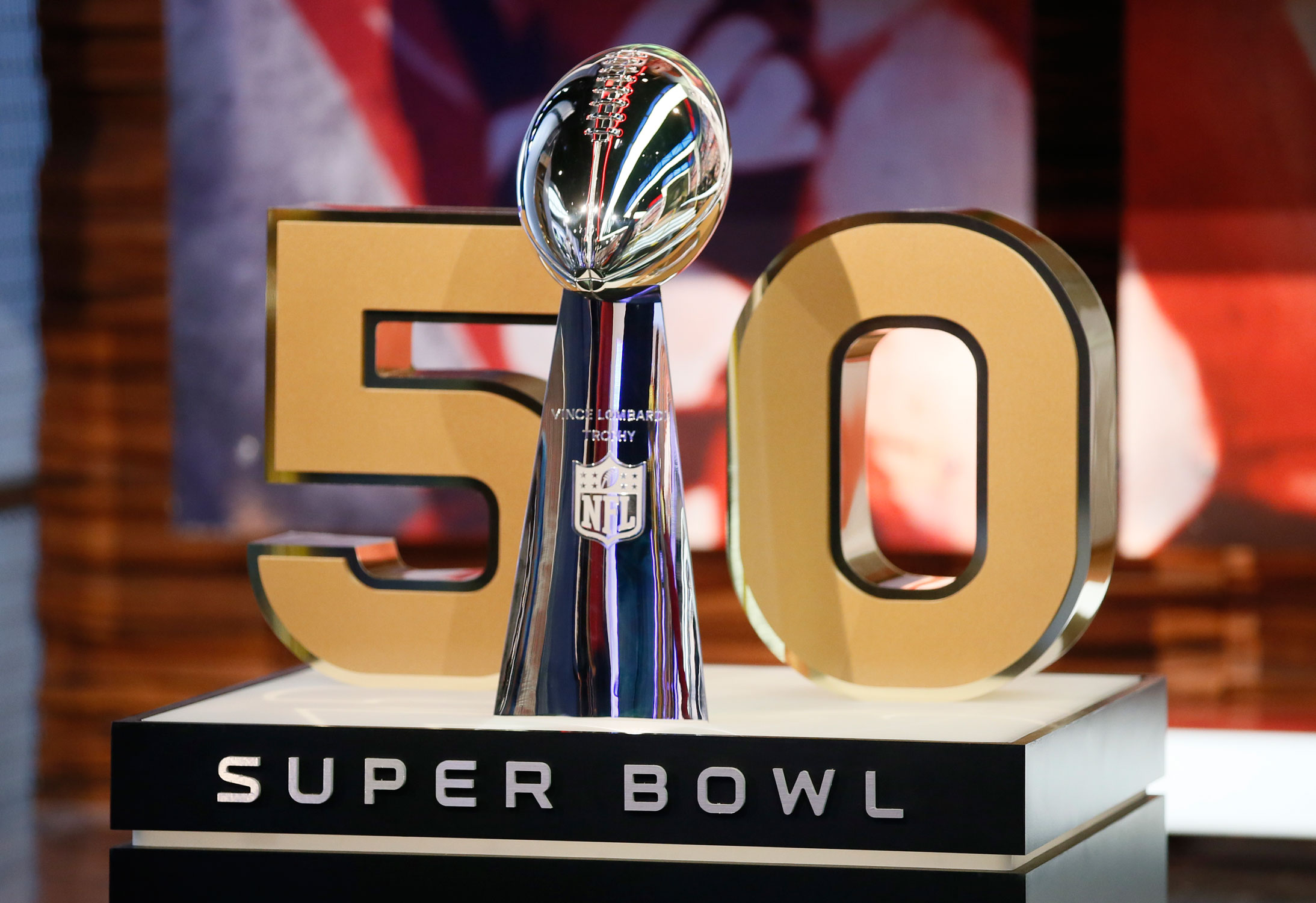 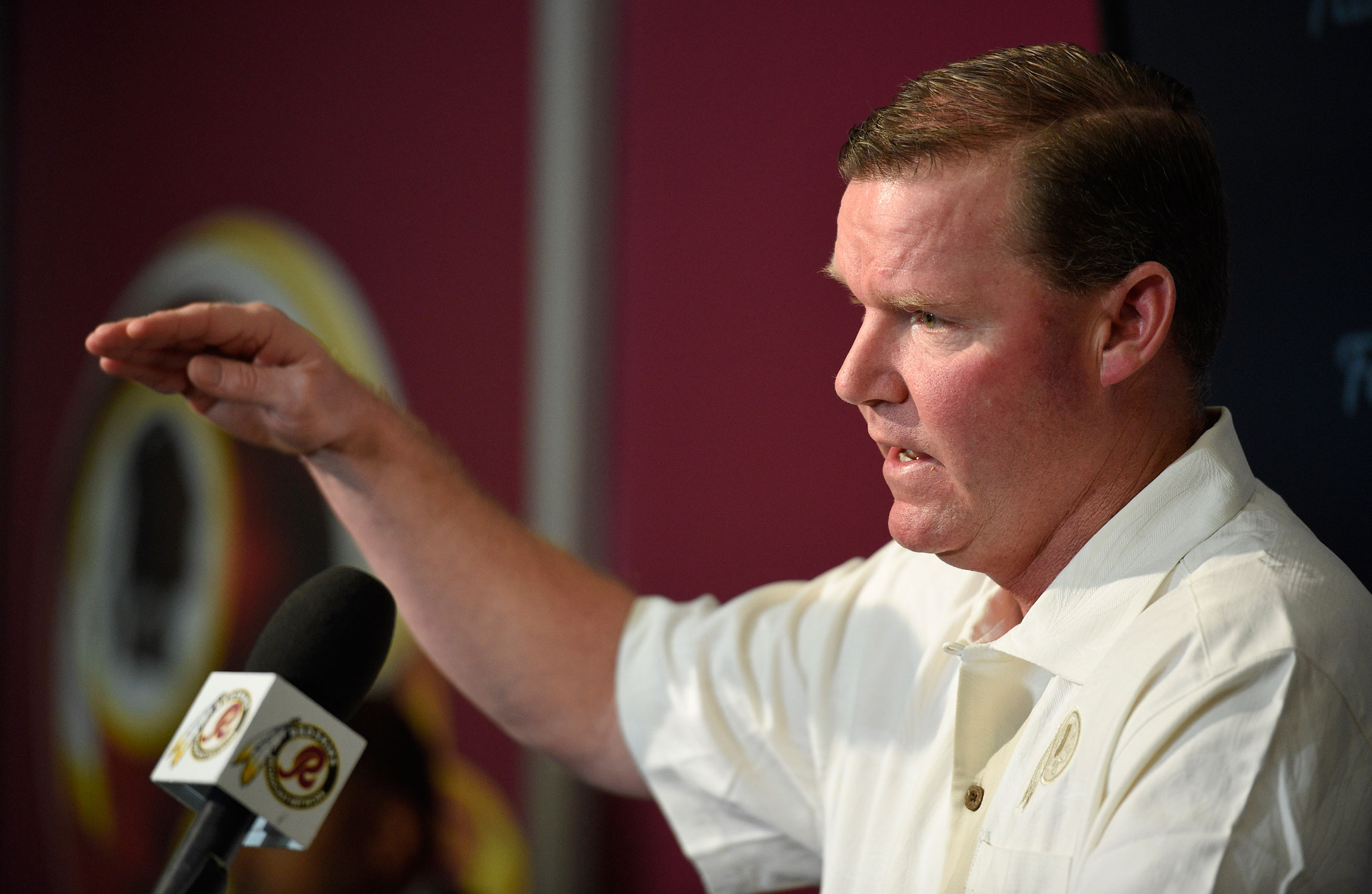 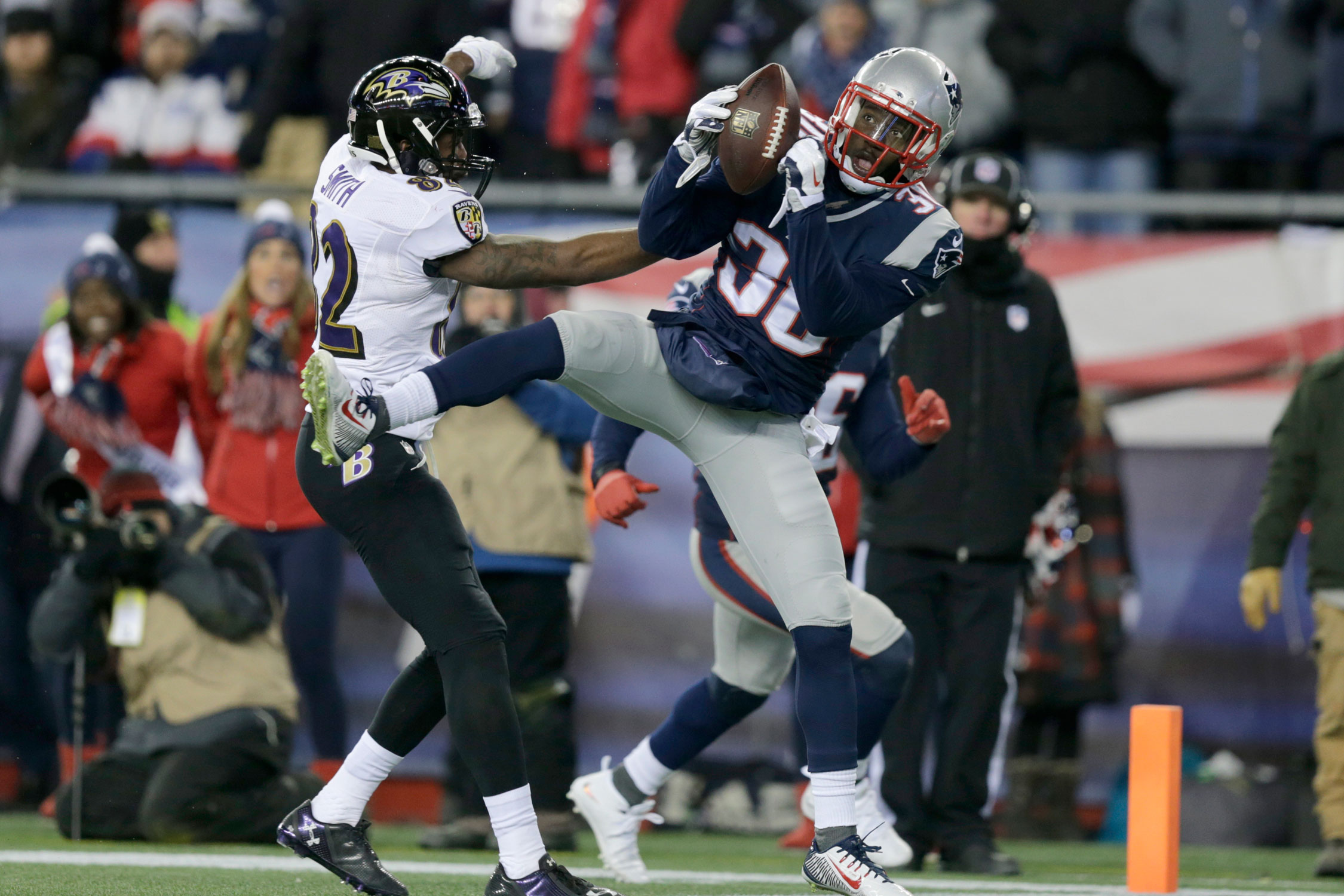 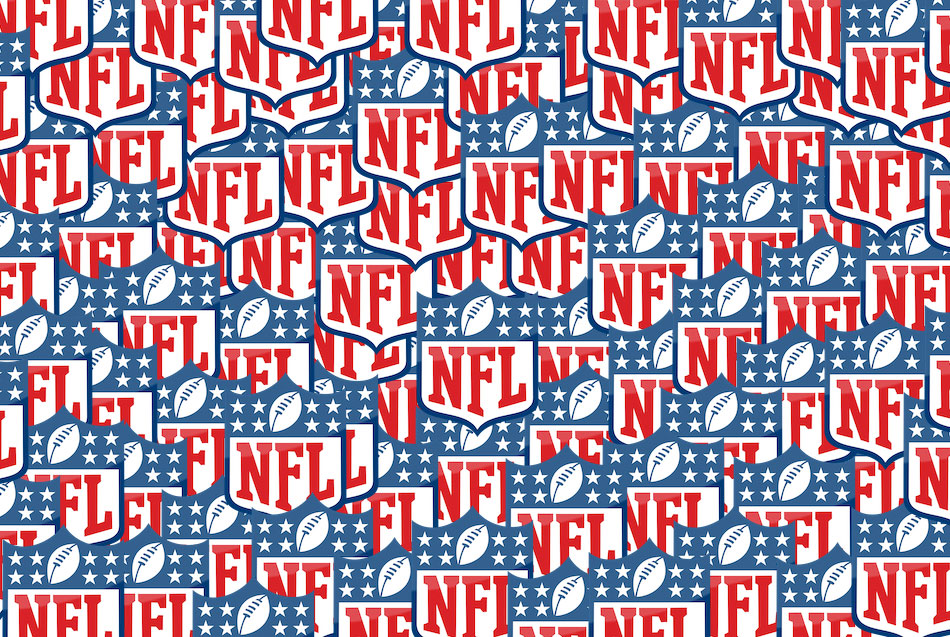 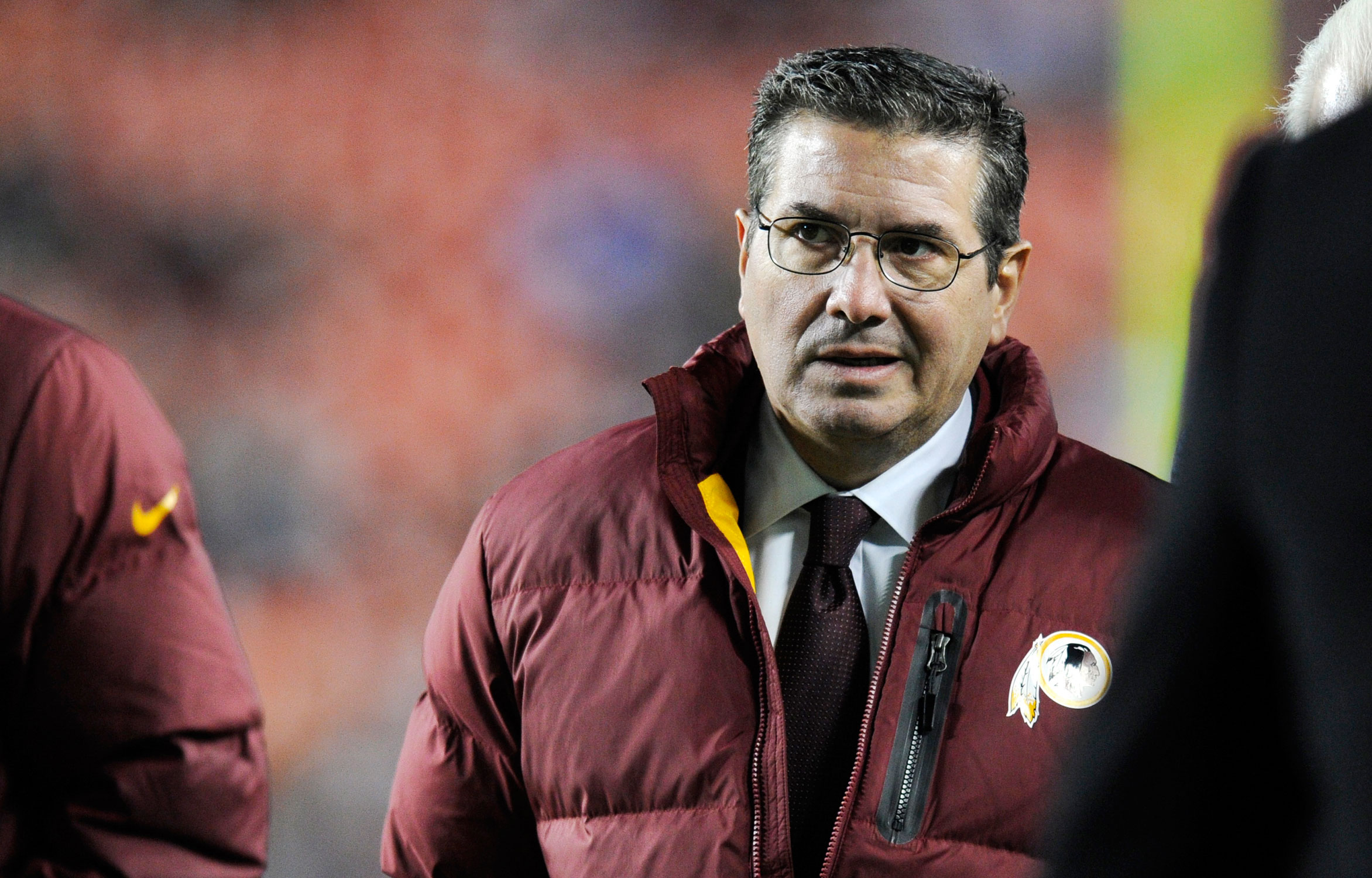