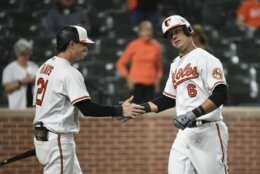 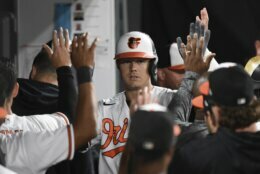 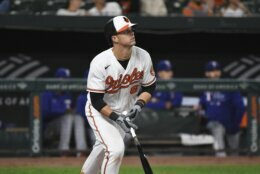 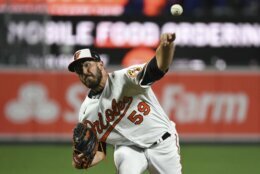 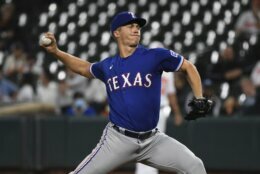 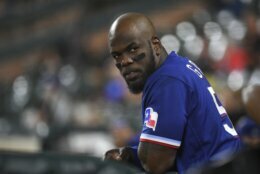 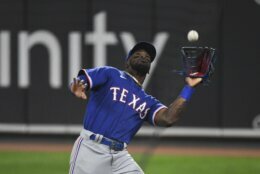 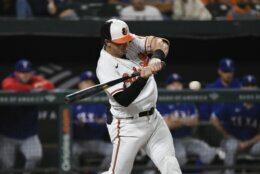 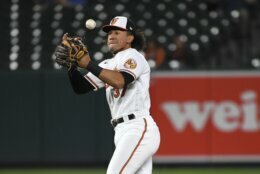 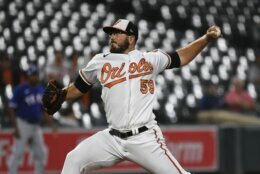 After going winless with a 9.61 ERA in his first six appearances, Lowther (1-2) got into a rhythm against the light-hitting Rangers in this matchup of last-place teams. Lowther allowed three hits and notched a career-high seven strikeouts in his finest outing as a big leaguer.

Tyler Wells worked the ninth to complete the five-hitter and earn his fourth save.

Mountcastle hit a solo shot in the fifth inning off Glenn Otto (0-3) for a 2-0 lead. Mountcastle earlier this month set the Orioles record for home runs by a rookie — eclipsing the 28 by Cal Ripken Jr. in 1982 — and leads the team with 31 homers and 84 RBIs.

Hays went deep in the eighth, his 22nd homer of the season and eighth in September.

The Orioles still own the worst record in the AL (49-104), but this was a nice start to the final homestand of a difficult season that featured a 19-game losing streak and an alarming inability to win at Camden Yards, where they’re 24-51.

It’s been a struggle for the Rangers, too. Texas (55-98) has lost five straight and eight of nine, and appears a good bet to finish with its first 100-loss season since 1973. This would be only the third time the Rangers reached triple-digit defeats since the franchise moved from Washington in 1972.

Otto gave up two runs and five hits with seven strikeouts in five innings. It was his fifth start since coming to Texas in the July 29 trade that sent Joey Gallo to the Yankees.

Lowther and Otto entered with no wins between them, and each had an ERA in excess of 9. Yet, both struck out the side in the first inning, and Lowther set a new career high with two more strikeouts in the second. Not to be outdone, Otto also fanned two batters in the bottom half.

Two of the leading candidates for AL Rookie of the Year honors are participating in this four-game series. Texas OF Adolis Garcia came in batting .243 with 30 HRs, 83 RBIs. In addition, his 14 assists were second-most among big league outfielders.

Mountcastle was at .258, and his homer put him ahead of Garcia in homers and RBIs.

Tampa Bay OF Randy Arozarena (.271, 19, 65) has the advantage of playing for a first-place club, but Texas manager Chris Woodward believes Garcia’s defense is the difference-maker.

“He’s made big-time plays time and time again in big moments,” Woodward said. “That should be worth a little bit more.”

Garcia is more interested in finishing strong than garnering votes from baseball writers.

“Those are things I can’t control,” he said through an interpreter. “I’m just trying to get things done on the field.”

Orioles: INF Ramón Urias is done for the season after being placed on the 10-day IL on Wednesday with a right adductor strain. … OF Anthony Santander (hamstring) is a “day or two away” from returning and is “going to be sore probably for the rest of the year,” manager Brandon Hyde said.

Orioles: Rookie left-hander Alexander Wells (1-3, 7.96) strives for his first victory since winning in relief on June 29 at Houston.