Japan keeps border controls as it prepares for omicron surge

TOKYO (AP) — Japan will keep its borders closed to most foreign citizens through February as it attempts to accelerate coronavirus booster shots for elderly people and expand hospital capacity to cope with the rapidly spreading omicron variant, Prime Minister Fumio Kishida said Tuesday.

Kishida said the stringent border controls have helped slow the variant’s spread and “bought time” to prepare for an imminent surge.

Japan had few cases until late December, but infections have since shot up to thousands a day.

But the rollout of booster vaccines, which started with medical workers in December, has been slow. As of Friday, only 0.6% of Japan’s population has received a third shot, prompting experts to urge the government to speed up doses for elderly people.

Health Minister Shigeyuki Goto on Tuesday attributed the delay to preparations by local municipalities, rather than shortages of imported vaccines.

Kishida said government and municipal mass vaccination centers will be set up to facilitate the booster shots.

A further upsurge in cases is feared following the New Year holidays and a three-day weekend, a time for traveling and parties for many Japanese.

On Tuesday, Tokyo reported 962 new COVID-19 cases, a six-fold increase from a week earlier. Nationwide, Japan on Monday reported 6,438 new cases for an accumulated total of about 1.77 million, including about 18,400 deaths.

Japan’s armed forces on Tuesday dispatched a team of nurses to two Okinawan hospitals to make up for a shortage of medical workers. The southern city, which is home to the majority of U.S. troops stationed in the country, reported 775 new cases.

Experts say a majority of the cases are now caused by omicron.

Kishida noted that there still are many “unknowns” about omicron, but it could be milder and less fatal than previous variants. That could mean that more patients will stay at home. The government has been working to reinforce remote monitoring and medical care by community doctors, Kishida said.

“We will respond flexibly to new findings,” Kishida said. “What’s important is to protect people’s lives.” 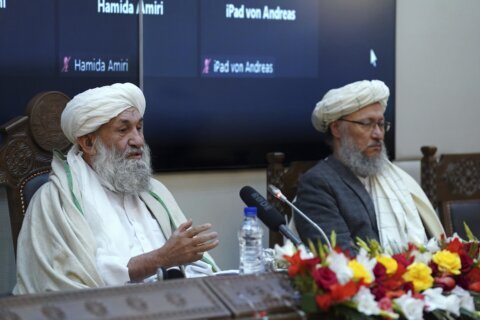